“The whole city was rocked by these accusations, and a great riot followed. Paul was grabbed and dragged out of the Temple, and immediately the gates were closed behind him. As they were trying to kill him, word reached the commander of the Roman regiment that all Jerusalem was in an uproar. He immediately called out his soldiers and officers and ran down among the crowd. When the mob saw the commander and the troops coming, they stopped beating Paul. Then the commander arrested him and ordered him bound with two chains. He asked the crowd who he was and what he had done.” (Acts 21:30–33, NLT) 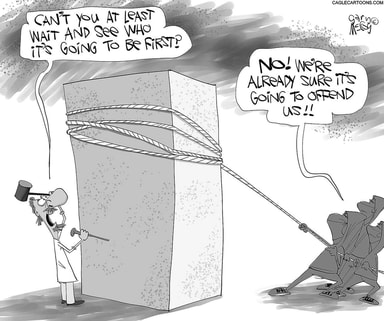 Because many people don’t know history very well, they often do not understand how history often repeats itself.  Bible history is no exception.  In the past few months, there have been riots in many major cities.  Despite the lies of many in the media that these riots are peaceful protests, many people have been injured and even killed.  Stores have been looted and lives have been irreparably harmed.   Businesses have had to close their doors permanently, and people have lost their jobs.  Riots are not a recent phenomenon, however.  Even the New Testament of our Bible mentions at least three.   Today’s scripture is an example of a riot.  For some interesting insights on what happened in this riot from the first century, let’s look more closely at Acts 21.

When Paul was doing his missionary work in and around Jerusalem, local people got upset at his preaching of the gospel.  Likely prompted by local religious leaders, “a mob” gathered around Paul and seized him (Acts 21:31).  “A great riot” ensued (Acts 21:30).  The Bible confirms that “the whole city was rocked” by accusations of leaders against Paul.  “The mob”, as the group was described in scripture, began beating Paul in public (Acts 21:32).  Soon, soldiers stationed in the city were called to restore order.   Instead of facing the wrath of the mob, the soldiers instead arrested Paul.  Instead of asking Paul what happened, they “asked the crowd who he was and what he had done” (Acts 21:33).  The rioters were ignored by the soldiers.  Paul was arrested.  Paul was assumed to be guilty.  Paul was questioned.  The rioters remained unscathed and were not charged with one crime.  Paul, who was seen being beaten by the mob, was the one targeted.

Today’s world may be more modern, but mob tactics still rule the day.  In places like Portland and Chicago, rioters are freed from jail.  Police are blamed for the problem.  Citizens who defend their homes or businesses are arrested and charged.   Rioters in places like Portland, Seattle, New York City, and St. Louis have all been released without any charges even after fire-bombing and maiming people.  Out of fear, many of the authorities have sided with the rioters in order to quell the uprising.  They arrested innocent people to placate angry rioters.  Some blamed the innocent for doing the right thing.

“The Danish philosopher, Kierkegaard, tells a parable of a theater where a variety show is proceeding. Each show is more fantastic than the last and is applauded by the audience. Suddenly the manager comes forward. He apologizes for the interruption, but the theater is on fire, and he begs his patrons to leave in an orderly fashion. The audience thinks this is the most amusing turn of the evening, and cheer thunderously. The manager again implores them to leave the burning building, and he is again applauded vigorously. At last he can do no more. The fire raced through the whole building and the fun-loving audience with it.
“And so,” concluded Kierkegaard, “will our age, I sometimes think, go down in fiery destruction to the applause of a crowded house of cheering spectators.”” (Resource, July/August 1990)

Just because a group cheers on something doesn’t make it just.  Though a group from your church might rise up against someone in the church doesn’t mean that person is doing something ungodly.  Sometimes, mobs form in churches just like in Jerusalem.  Sometimes, they target and blame the wrong person.  In most cases, lives are harmed, and reputations are tarnished.   Bad things can happen when people gather together over an emotionally charged issue.  Usually, the results are never good.

Be careful you don’t get caught up in the lies of any group.  Sometimes, groups will lie or distort the truth to manipulate a wider audience.  They will twist the facts to appear innocent. They will manipulate opinion in order to control the narrative.   In today’s world, where online social media access means things can blow out of control very quickly, it is especially important to be careful when taking sides.   Things can explode all the more quickly on social media.  A rumor can become factual when framed in the wrong way and told by enough well-meaning but misguided individuals.  Even the news media and online fact-checking organizations have been found to manipulate their results to fit certain agendas.  These “fake facts” and “fake news” bits have caused much harm to the truth.
​
Paul did not let the riot control his mission.  He continued to preach and teach until he was martyred in Rome.   He knew the truth and preached it valiantly.  Take your cues from the Apostle Paul. Find out the truth in what you hear.  Let it inform your decisions.  Never let public opinion and mobs control your faith or your mission.  Do you want to be popular or do you want to be faithful to Jesus Christ?
click here to See august Daily Meditations