“When the Pharisees heard that Jesus had arrived, they came and started to argue with him. Testing him, they demanded that he show them a miraculous sign from heaven to prove his authority. When he heard this, he sighed deeply in his spirit and said, “Why do these people keep demanding a miraculous sign? I tell you the truth, I will not give this generation any such sign.”” (Mark 8:11–12, NLT) 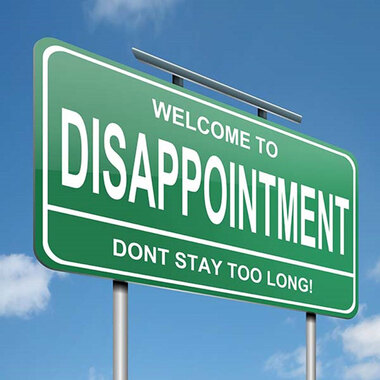 There can come upon you days that make you frustrated and upset, hurt or disappointed.  A friend failed you.  A financial decision caused a loss of income.  A co-worker smeared your name.  The boss didn’t notice your hard work.  A child said she hated you.  A disagreement ended with your broken heart. A cute boy didn’t even acknowledge your presence.  Your girlfriend of five years gave back your engagement ring and left.   Some moments can be so exasperating.  They can sap your strength and joy while destroying your hopes and dreams.

“Sir Alexander Mackenzie is a Canadian hero. An early fur trader and explorer, he accomplished a magnificent feat when he led an expedition across Canada from Fort Chippewyan on Lake Athabasca to the Pacific Ocean. His incredible journey was completed in 1793, 11 years before Lewis and Clark began their famous expedition to the west. Mackenzie’s earlier attempt in 1789, however, had been a major disappointment. His explorers had set out in an effort to find a water route to the Pacific. The valiant group followed a mighty river (now named the Mackenzie) with high hopes, paddling furiously amid great danger. Unfortunately, it didn’t empty into the Pacific, but into the Arctic Ocean. In his diary, Mackenzie called it the “River of Disappointment.””  (from “Our Daily Bread”, July 1, 1990)

You will experience your own rivers of disappointment.  You can’t stop those moments when you are completely let down or utterly defeated.  No human being has ever lived a life without loss, failures, or disappointments.  Everyone has experienced a word or event that burst their hopeful bubble.

In the scripture for today, we even see Jesus filled with deep disappointment.  As Jesus was traveling in the district of Dalmanutha (Mark 8:10), He was approached by some Pharisees.  The Jewish Pharisees knew the Bible well.  They studied it.  Sadly, some worshiped the words of the Bible or the traditions of the Bible more than the God of the Bible.  They tended to be legalistic in their view of God and faith.  They didn’t like Jesus nor His teachings.  When the Pharisees in the district heard that Jesus was in their neighborhood, “they came and started to argue with Him” (Mark 8:11).  They weren’t there to listen to Jesus’ teachings, they were there to start a theological fight.  They began to make demands of Jesus.   Then, they made fun of Jesus’ authority.  After a few moments of this abuse, the scripture mentioned that Jesus “sighed deeply in His spirit” (Mark 8:12).  This was one of those moments of disappointment in Jesus’ ministry.  The religious leaders weren’t willing to listen.  They did not care to learn from Jesus.  Instead, they were up for a fight.  They were gathered to argue.  They “tested” Jesus’ patience and authority (Mark 8:11).  While Jesus was sent to save their souls, these Pharisees only sought to destroy Jesus and silence His voice.  No matter what Jesus did or said, they just didn’t care to listen.  Frustrated, Jesus said out loud, “Why do these people keep demanding a miraculous sign?” (Mark 8:12).  When you are disappointed, the word “why” often comes up, doesn’t it?

Despite His disappointment, Jesus didn’t become depressed or withdrawn.  Instead, he moved his ministry to a different area some distance away (Mark 8:13).  If the Pharisees in Dalmanutha were not going to listen to the gospel, Jesus was going to find someone who would.  Ending up in Bethsaida, Jesus did many great things and reached many souls.
​
Like Jesus, you will be faced with days that are just plain exasperating.  You may be surrounded by people who won’t listen or refuse to respect you.  You might become disappointed. You might feel frustrated.  Don’t let the negativity and rejection of others stop you from getting on with your spiritual life.  Don’t let the downers of this world keep you from seeing the beauty of true faith.  Despite disappointments and failures, miracles can and do occur all the time.  Even though there are naysayers and defeatists and trolls all around, God is always providing miracles just waiting to be noticed.   God is always working. You have Heaven in your future.  You have been greatly blessed.  Shake the dust of disappointment off your feet and move on.  God has great plans for you.
click here to See august Daily Meditations