“Let all bitterness and wrath and anger and clamor and slander be put away from you, along with all malice.” (Ephesians 4:31, ESV) 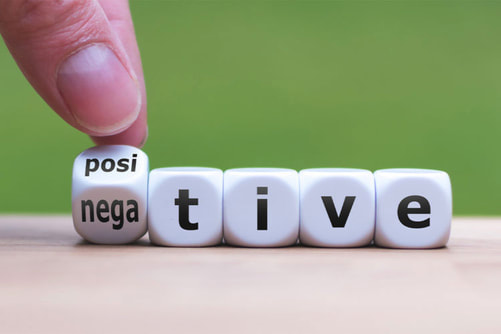 You may see the word “malice” from time to time as you read the Bible.  You might realize it has something to do with being “bad”.   But do you know its definition?  Could you explain malice to another person?  During Confirmation Class one Saturday morning, a student asked me to define malice.  I simply stated that it was “ill intent”.  After a moment of thought, the student questioned again, “What is ill intent?”   I thought for a few moments, then replied, “It’s when you intend or desire to do harm to someone else.  You want to hurt their feelings.  You want to make them hurt.”   It was the best I could do at the moment, but it was good enough to get the point across.

In Paul’s letter to the Ephesians, he lumps malice together with other sins of ill-intent.  In Ephesians 4:31, Paul mentions “bitterness”, “wrath”, “anger”, “clamor”, and “slander” in the same context as “malice”.  All these are sins where you intend to hurt someone.  You intend for them to feel rejected or to suffer some form of hurt.   It’s not that you can’t feel these emotions.  You will feel them at some time in your life.  It’s what you do with them that counts.  When the hurt you feel in your heart comes out with a negative slam against a co-worker, that’s malice.  After stewing over some slight from your spouse, if you let loose with a barrage of profanities at the slightest provocation, that’s bitterness and malice.   That’s why these emotions are dangerous.  It is spiritually crucial that you become aware when you feel them.  It’s also super-important that you deal with them and are cautious how they come out!

If you read the scripture for today carefully, nowhere does it say you WILL NEVER have feelings like anger, wrath, bitterness, clamor, slander, or malice.  Instead, the scripture says to “put them away from you.”   To accomplish that, you need to first recognize these emotions when you have them.   When your emotions start to bubble to the surface, its important that you do a psychological “self-check”.  Evaluate your thoughts and emotions for these negative feelings.   Look for evidence in past hours and days of each of these feelings.  Then, if you see they have surfaced, the next thing you need to do is deal with them.  It might help to talk about why you are angry.  If you can’t trust a family member to talk about it with, talk to a pastor or counselor or trusted and faithful friend.    If you find any negative emotion from the scripture for today present and active, it’s time to come to God with that emotion.  Ask for forgiveness and grace.  Seek God’s direction at how to eradicate the negative emotion before it captures your thoughts and comes out in sinful ways.    If you let that negative emotion hang around too long in your heart and soul and mind, it will eat away at your peace and damage your relationships and/or health.

Most people don’t know it, but the negative emotions mentioned in the scripture above can also damage your body.  Anger has been clearly shown to cause ulcers, a rise in blood pressure, and binge eating, along with many other problems.   Bitterness that lasts long enough can fuel depression and the loss of self-worth.   Wrath, slander, clamor, and malice can not only damage and destroy relationships, but they can also cause anxiety and worry and fear and many other negative emotions to take hold in you.  That is why you need to deal with them sooner rather than later.

“Otto Von Bismarck was the chancellor of Germany during the First World War. Bismarck was a man eaten up with anger and resentfulness.   Waking up with a scowl one morning, Bismarck announced,
" I have spent the whole night hating.” He was such a bitter man that the weight of bitterness eventually broke his health. He grew a beard to hide the twitching muscles of his face. Jaundice, gastric ulcers, gallstones, and shingles wracked his body. When publishers offered him a large sum of money for his life’s story, he began to write with a reckless disregard for truth, heaping hate on men and women long dead. He died at 83, an embittered, cynical, lonely, and miserable man.” (Denis Lyle, www.pastorlife.com)

There are many ways that malice presents itself.  Some find it easy to hold a grudge.  Some will have a burning resentment that flares up at unfortunate moments.  Many will harbor regrets and anger and deep-seated wrath over past incidents or mistakes or failures.   Others will replay a heated exchange over and over until it eats away at their thoughts and peace.   You might feel disgust.  You might feel resentment.  You might narrow your eyes at the sight of another person.  You might clench your stomach muscles or tense up when in the presence of a person who hurt you.  There are many physical, psychological, and emotional responses when these emotions take hold in your soul.

Again, when these negative emotions start to take hold, follow these three steps.  First, do a “self-check” for why you are feeling this way.  Second, talk to someone and God about why you feel this way.  It helps to get it out.  Finally, deal with the emotions as God wills.  Pray about what to do and how to let these feelings go.   If you do not work through these emotions, you will be tortured by them.  If you do not let them go, you will be eaten up by their effects.  God is waiting.
​
I will end today’s meditation with some wise words from Denis Lyle given in the article listed above.  “Over the years I have met professing Christians who have preferred nursing their anger to enjoying the fellowship of God and Gods people.”  I hope this doesn’t describe you.