“You stiff-necked people, uncircumcised in heart and ears, you always resist the Holy Spirit. As your fathers did, so do you.” (Acts 7:51, ESV) 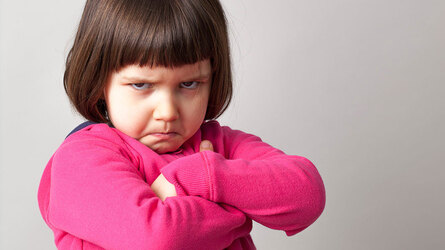 Two months ago, I slept wrong.  I was so tired that I slept on my pillow the wrong way.  The result?  A stiff neck.  The next day, the neck hurt constantly.  The muscles seemed achy, and twinges bothered me hourly.   I was amazed at how often I used my neck muscles, because I felt every movement of my head.  It was a painful day.

The scripture for today mentions “stiff-necked people”.  In doing so, it is not talking about those who have achy necks from poor sleep.  The Greek word used in the verse above for “stiff-necked” means “stubborn”.  In Biblical terms, a “stiff-necked person” is a person who is set in their ways, stubborn, hard-headed.   This word is not meant to describe someone who is hard-headed in a good way; one who will be faithful under all circumstances and stay true to God.    Instead, the word for stiff-necked is used to describe a person who is sinful but who remains stubbornly against God’s way.  In the scripture above, the stiff-necked person is described as “resisting the Holy Spirit” and “uncircumcised in heart and ears”.   In more modern terms, the person who is stiff-necked is considered “pig-headed”, “obstinate”, “set in his ways”, or “uncompromising”.

Though sin usually causes troubles and pains in a person’s life, those who are “stiff-necked” choose to continue in sin despite its negative results.   The person might do it out of pridefulness.  The person might choose to remain in sin, ignoring the consequences of that choice.   When Pharaoh stubbornly rejected God in the days of Moses, he ended up with a “hardened heart”.   This hardened heart caused him to fight God at every turn and resulted in the terrible loss of life and wealth during the ten plagues and when his armies were drowned at the Red Sea.   A stiff-necked person is usually so set in his ways that he may choose a sin over family, friends, and even his own life.   Inevitably, the stiff-necked person will always fight God.

Many people in Christendom have heard of Saint Augustine.  Though revered today as a saint, Augustine of Hippo was far from a faithful example when he was young.  As a young man, Augustine constantly fought against what was right.  He had no respect for God.  He was known for stealing and swearing, carousing and the like.  He once wrote about his youth that he was “foul, and loved it”.  Augustine enjoyed breaking the rules.   He boasted of his sexual exploits as a young man and took a lover for fifteen years.  His parents were constantly shocked at his open rebellion and rejection of a holy life, but Augustine had no place for godliness in his life.   He was stiff-necked as they come.

After a very spiritual experience in 386, Augustine changed his ways and was baptized.  He later was ordained to the priesthood.  He wrote and preached and taught and was one of the greatest theologians of the early church.  Augustine worked tirelessly to bring people to Christ.   He even spent his last days in prayer and repentance, hoping to spare his hometown from Visigoth invaders.

It is not difficult to become stiff-necked.  If you love to push the limits, sow your wild oats, take risks, or delight in sinful pleasures, being stiff-necked might come easy to you.  You might tell yourself that you deserve some guilty pleasure.  I’ve even met strong Christians who deluded themselves into thinking that since they were very faithful most of the time, they could enjoy one or two sinful pleasures “on the side”.  However, every sinful pleasure comes with costs.  Every sinful pleasure will damage your heart and soul and mind and body in some way.  That’s why God desires that you avoid sinful pleasures.  They may feel good for a time, but they will eat you up from the inside out in the end.
​
Is there a sinful pleasure that you refuse to give up despite its risks and dangers?   Is there a habit that God wants you to give up, but you refuse?   Being stiff-necked was not uncommon among the people of Israel.  Even though they knew God, these stiff-necked and stubborn people refused to follow God in some way even when it was painfully obvious to do so.  And that’s one thing about being stiff-necked.  In some way, a spiritual stiff neck will always be accompanied by some kind of hurt or pain that will refuse to go away until you repent of it for good.