“And I sought for a man among them who should build up the wall and stand in the breach before me for the land, that I should not destroy it, but I found none.” (Ezekiel 22:30, ESV) 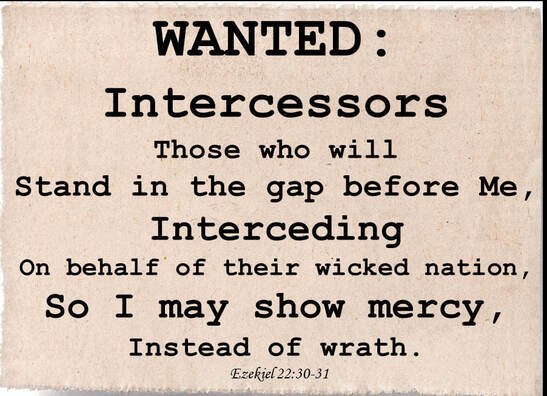 In speaking with the prophet Ezekiel, God was upset.  The people of Israel and Judah and especially Jerusalem had fallen into sin.  They were not only going against God but committing atrocious acts of sinfulness.  Before the words of God in the scripture for today were uttered to Ezekiel, God gave a litany of sins that the people of Jerusalem had committed.  The leaders were guilty of “conspiracy” against God (Ezekiel 22:25).  The leaders and people committed murder, “profaned holy things”, oppressed the poor and needy, mistreated foreigners, and denied people justice when wronged.  The religious leaders were no better.  They failed to worship God on the Sabbath day, taught that there was no difference between what was holy and what was not, faked religious visions, and lied about God’s revelations (Ezekiel 22:26-28).  After describing the terrible state of faith in Jerusalem and Judah, God “sought for a man who would… stand in the breach”.  God was looking for that one faithful man who would stand up and be counted as faithful.  The result?  God found not one faithful man to stand up to the evil.  Not one.

In the commentary on this piece of scripture above, the Believer’s Bible Commentary made the following awesome statement:   “God is not looking for new methods or programs; God is always looking for someone to stand in the gap. One person can make a difference.”   (p. 1054)  So often, church leaders think that new methods of relaying the gospel or new programs will help spread the good news about Jesus.  This scripture is adamant that what is needed is not “new programs or methods”.  Our world needs faithful people who are willing to stand up against evil and live righteously.

Jesus is proof that one person standing up for what is holy can change the world.   One person being openly faithful, standing in the gap against evil, can alter history.

“Telemachus was a monk who lived in the 4th century. He felt God saying to him, “Go to Rome.” He was in a cloistered monastery. He put his possessions in a sack and set out for Rome. When he arrived in the city, people were thronging in the streets. He asked why all the excitement and was told that this was the day that the gladiators would be fighting and killing each other in the coliseum, the day of the games, the circus.
He thought to himself, “Four centuries after Christ and they are still killing each other, for enjoyment?” He ran to the coliseum and heard the gladiators saying, “Hail to Caesar, we die for Caesar” and he thought, “this isn’t right.” He jumped over the railing and went out into the middle of the field, got between two gladiators, held up his hands and said, “In the name of Christ, forbear.”
The crowd protested and began to shout, “Run him through, Run him through.” A gladiator came over and hit him in the stomach with the back of his sword. It sent him sprawling in the sand. He got up and ran back and again said, “In the name of Christ, forbear.” The crowd continued to chant, “Run him through.” One gladiator came over and plunged his sword through the little monk’s stomach and he fell into the sand, which began to turn crimson with his blood. One last time he gasped out, “In the name of Christ forbear.” A hush came over the 80,000 people in the coliseum. Soon a man stood and left, then another and more, and within minutes all 80,000 had emptied out of the arena. It was the last known gladiatorial contest in the history of Rome.” (10,000 Sermon Illustrations).

Even though Rome, at the time, was supposedly ruled by Christian emperors, they still practiced games of murder in the coliseum.   It was a bygone sinful practice.  It wasn’t until one man, Telemachus, stood against the mindless public sin that changes occurred.   Sadly, it took his death to change things.

Many seemingly faithful people won’t stand in the gaps of life where sin occurs, because they are afraid of the same consequences as Telemachus.  They are afraid of repercussions.  Maybe they don’t want to appear like a religious fanatic.   Maybe they don’t want to be singled out.  Maybe they are waiting for someone else to take the chance of public humiliation or excoriation.   So often, our world is greatly in need of people to stand up for God.  Sadly, too many Christians back down from the challenge.
​
Hopefully, you are different.  Maybe you have what is needed to stand up and be counted as one of the faithful.  Have you ever stood against evil?  Have you ever publicly declared your faith before those who would make fun of you or demean you?   It takes great faith and a strong love of God to stand in the gap.   I’ve seen others do it.  I’ve done it.  I hope I can count on you to do the same.
​
God is counting on you, too!