“The LORD our God said to us in Horeb, ‘You have stayed long enough at this mountain.'”
​ (Deuteronomy 1:6, ESV) 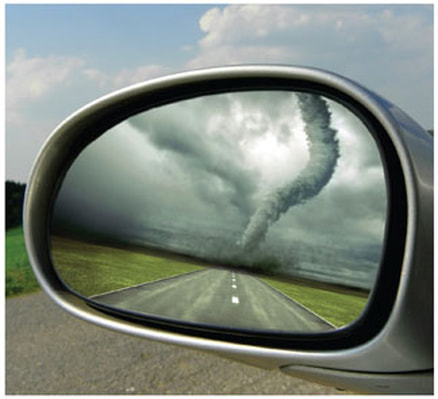 Bev and Jerry had one son, Dave.   Dave went off to college and graduated with honors.  Everything he applied himself to, he did well.  But after college, Dave seemed to stagnate.  He spent his first summer after graduating traveling.  He used his graduation money to travel to Florida and Georgia to see old friends.   Then, when he came home, he dedicated himself to finding the perfect job.  For six months, Dave looked for jobs, but the COVID pandemic made the search tough.  Some places stopped hiring.  Some places required a move, and Dave didn’t have the finances nor the ability to make things happen during lockdown.

After nine months at home with his parents, Dave came down the steps into the kitchen one morning about noon.  He had been up all night playing on his computer and chatting with friends.  His parents looked at his state and his father said, “Dave, don’t you think it’s time you go out there and get a job?”   This started a big argument, with Dave complaining his parents were overbearing and inhospitable.  Two weeks later, Dave moved out.  He found an entry-level job that would cover his expenses.  He didn’t have the best job, but he was on his own.  Eight months later, Dave told his parents that he was very glad they pushed him to take that first job.  He was in a rut after college and needed the nudge.  If not for their push, Dave would never have found the exact job he was searching for not long after.

In the scripture for today, Israel was in a rut.  The people had survived their suffering in Egypt, then went out boldly to the wilderness to meet God at Mt. Sinai (another name for Mt. Horeb mentioned in the scripture for today!).  There, the people received the Ten Commandments from God.  After staying near Mt. Sinai too long, doing some things wrong, and committing sinful acts with golden idols, God told the people in the scripture for today, “You have stayed long enough at this mountain…” (Deuteronomy 1:6).  The chosen people were languishing at Mt. Sinai for too long of a time.    Then, they began murmuring against Moses and Aaron. Some even regretted leaving Egypt.   The people of Israel needed a new mission.  They needed to begin their journey toward the promised land.  So, with the scripture above, God gave them a push in that new direction.

After reflecting on the scripture for today, John D. Barry wrote the following words:   “We have a terrible tendency to stay in one place or keep doing one activity longer than we should. Our meetings run long, we constantly work overtime, or we overstay a welcome. And then there’s the most significant problem of all: we ignore God’s command to leave a place, position, or role.

Change can be refreshing. But the countless decisions and the difficult and frustrating moments that accompany change can often keep us from moving forward. We become comfortable where we are, and we fear the unknown.” (Connect the Testaments).

It is all too easy to get comfortable with certain circumstances in your life.  It is not uncommon for people to keep doing something familiar just because they are used to doing it.  In your spiritual life, there will be times when God wants you to move on to something new or to take some new direction.   You may need to learn new things or move away from your regular habits to accomplish what God wants you to do.    For some people, this is a daunting task.  Some people, like the Israelites in our scripture for today, just don’t want to move past the familiar to new territory.   Churches can become so set in their ways that they stagnate and falter.   There comes a time in every person’s relationship with God that God will say, “You’ve been at this long enough, time to move on….”

Carrie was abused as a child.  An uncle had assaulted her at a young age.  For many years, Carrie went to counseling, endured depression, and suffered through bouts of anger.  She deeply regretted this part of her life.  The abuse seemed to cloud her every moment and hold her back from meeting new people or doing new things.

When Carrie was twenty-three, she joined a new church.  Encountering some new friends there and feeling good about her relationship with God, Carrie felt God’s closeness.  But, more and more, Carrie felt something holding her back.  Then, one day during prayer it came to her like a bolt of lightning.  God wanted her to move past her abuse, to put it behind her, to let the pain of that era go.  Carrie obeyed, and it changed her forever.  Today, you’d never know Carrie was abused.  Why?  Because when God told her that she had “stayed long enough at that mountain” of hurt, Carrie followed God’s lead.  She faithfully moved past her hurt, and a whole new chapter of her life began to take shape.  It was a joy to behold Carrie blossom with her new attitude and direction.  Friends were amazed at the growth in her spiritual life.
​
There may come a day when you will have to move past something.  It may be a mountain of hurt.  It may be a mountain of debt.  It may be a mountain of regret.   No matter the circumstances, if God wants you to start on a new path, you need to follow His direction.  Don’t dwell on something too long when God wants you to put it behind you.   Don't stay at some place in your life too long when God wants you to move on.  Some places and situations belong in the rear-view mirror!