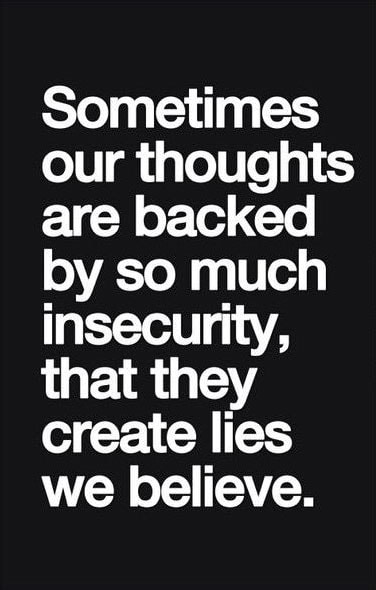 The scripture above displays several errors in Peter’s thinking.  After Jesus is arrested, Peter followed at a distance.  Peter wanted to know what was to happen to Jesus.  He obviously cared about Jesus, so Peter wanted to see what would become of his friend.  While doing his observation of what is happening, Peter was accused by a woman who claimed, “This man was one of Jesus’ followers!” (Luke 22:56).  Fearing for his life, afraid of his own fate, not wanting to stir up the crowd, Peter lied, claiming he didn’t know Jesus.   Then, when someone else noticed Peter and told the crowd that he was one of Jesus’ disciples, Peter again lied.  He told the man “I am not!” (Luke 22:58). These are two of the times that Peter not only denied knowing Jesus, but they are also two of the examples of Peter’s sin.

What was Peter’s sin here?  Put in a situation where he feared the retribution of the crowd, Peter lied to cover his identity.  In doing so, he also denied his relationship with Jesus.  In multiple ways, Peter denied the truth in order to protect himself.   You may be critical of Peter’s denial of Jesus, but don’t be too critical.  Chances are that you have made the same error in your own life.  Confronted by someone, you may too have lied in order to protect yourself.  You may not have denied Jesus, but you probably hid the truth or outright falsified the facts in order to save face.

In a deeply moving bit of wisdom, Lauren Whitman explained Peter’s situation in this way:
“Peter’s friend, Peter’s mentor, Peter’s God has been unjustly arrested and hauled away. Jesus is suffering—and Peter watches as the devastating events unfold. Not only is it heartwrenching and horrific to have this happen to your friend, but it must also be terrifying. What will happen to Peter, a friend and follower of Jesus?

What is happening to Jesus is not Peter’s fault. But as these events take place, Peter responds in a way he will come to deeply regret. He jumps into survival mode. His own welfare matters more to him than the allegiance to Jesus that he had once boldly proclaimed (see Matt. 26:33; John 13:36–37). Rather than being a man of his word, he acts with cowardice. He lies. He denies that he knows Jesus, not once but three times (see Luke 22:57–60). He betrays his friend.” (p. 31, A Painful Past: Healing and Moving Forward).

There will be moments when out of fear, you might slip into this survival mode.  Put on the spot, you too may be forced to either come clean, tell the truth, admit your mistake, or lie, play down your mistake, cover up the truth, or play fast with the facts.   Even though you are a Christian and have made promises to be truthful, your fear may control your actions.  Your insecurities can easily override your deeply held beliefs and cause you to sin.   Peter’s failure that night is very common indeed.   It may even be your “go-to” when put on the hot seat.

It is normal to feel nervous or anxious when put on the hot seat, questioned about your motives, accused of a wrong, or blamed for a situation.  If your fear and insecurities overwhelm your emotions in that moment, you may respond just like Peter.  You might make up a story, lie through your teeth, blame everything on someone else, or deny the facts.   You might even be thinking to yourself that you are at fault while still putting the blame somewhere else.

When Justin was in college, he fell head over heals in love with Marilyn.   For months, the two were inseparable.  When they had a class together, they’d sit together.  When not in class, they often met to study together in the library.   They went out on dates.   They cuddled in bed.   They hugged and kissed whenever an empty space presented itself.  Justin began to think Marilyn was “the one”.  He phoned his parents one week before Christmas break to tell them that he was thinking of asking Marilyn to marry him.  He also talked to the campus priest about getting married.  The very next day, however, Justin’s life was turned upside down.  He found out that Marilyn had slept with his roommate the weekend before.   The two broke up that very hour.  Marilyn went on to marry his roommate a year later.

After his disastrous breakup with Marilyn, Justin was a changed man.  He only dated women for short periods of time, maybe three or four dates, or maybe a month.  Then, out of the blue, he would break up.  He would not allow any woman to get close to him, to break his heart like Marilyn had done.  For a long time, Justin told himself that this was better for his own sanity.  He overlooked the devastating looks that his dates gave him when he upended the relationship.  While the women he jilted suffered insecurities because of his rejection, Justin just told himself that it was all for the best.  He would tell himself that he was damaged anyway, so he was just saving these women from his own inadequacies.

Justin made the same mistake as Peter.  He may not have betrayed Jesus multiple times, but he was lying to himself and others to cover up his own insecurities.   He caused emotional and psychological damage to others because he was not able to deal with his own past.  Justin needed a “come to Jesus” moment to deal with this sin and the lies and insecurities all around it.

There is no commandment in the Bible that says, “Thou shalt not hurt others because of your own insecurities and fears”.   However, that didn’t stop Peter from his terrible denials of Jesus.  Insecurities and fears can drive you to do some hurtful things to others.   These types of sins can hurt others just as much as a death.  These sins can scar the innocent for life.  So many simply view Peter’s sin as “the denial of Jesus”.  It was way more than that.  It was and is a reminder that insecurities and fears can throw you into a survival mode that will hurt others and damage your relationship with Christ.
​
Is there an insecurity or fear that has caused you to lie or hurt another?  Do you cover up your mistakes by blaming others?   When put on the spot, do you try to deflect using lies or half-truths?  There is so much more to this story of Peter from the Bible, wouldn’t you agree?