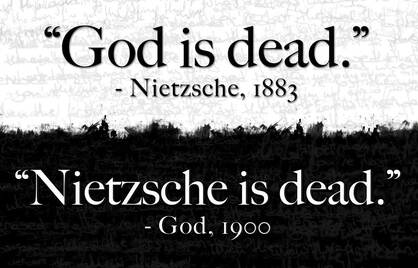 Among many in the United States and the world there is a resurgence of the belief that socialism will cure the ills of society.  Many of these people speculate that socialism is a movement against flawed capitalism and the greed that has overtaken many in the West.  In 1965, the average CEO made close to 20 times the amount of income that an average employee would make.  Today, the average CEO makes 278 times the amount of income that an average employee would make.  The more you take God out of society, the more that some people chose greed over sharing, selfishness over the common good, nepotism over fair hiring practices, and far worse.   Capitalism will destroy itself if God isn’t a strong factor in the society.   However, socialism is no answer to society’s problems.   All forms of socialism have proven disastrous toward followers of God, often banning religion outright and persecuting the faithful.

Many college-educated and young people today see socialism through romanticized lenses and idealistic fancies.  Lacking a knowledge of history and sociology, they assume that socialism is more benevolent than other forms of government because of its views on the distribution of wealth.  BUT, no matter how wealth is redistributed by humans, it always becomes unequal and unfair in time.  Not only that.  Socialistic and Communistic societies have murdered and oppressed more people than any other form of government in history!  Human institutions will not last.  They are imperfect.  Faith in God, but especially Jesus Christ, is the best hope any society has for safety and security in these troubled times.

“Former FBI Counterterrorism Director Terry Turchie says the Black Lives Matter movement “is all too familiar” to the Weather Underground and the Black Panther Party groups of the 1960s and 1970s. “No one has read what Black Lives Matter has written as far as their plan, but it bears a great similarity to what the Black Panther Party was saying back then,” Mr Turchie told Sky News. “The Black Panther Party was a Marxist Maoist Leninist organisation and that came from Huey Newton, one of the co-founders, who said we’re standing for nothing more than the total transformation of the United States government. “He went on to explain that they wanted to take the tension that already existed in black communities and exacerbate it where they can.”  (Sky News Australia June 13, 2020)  Did you know that the main leaders with the Black Lives Movement not only believe in socialism, but have been trained in Socialist Revolutionary theory?  (see https://www.socialistworld.net/2020/06/13/you-fight-capitalism-with-socialism-blm-and-socialist-struggle/)

With all the riots and protests of late having socialist support, let’s look at what the Bible says about the socialist religion, namely atheism and humanism.  Socialism in its many forms teaches that religion is “an opiate of the people” (Karl Marx).  Socialistic societies usually repress, reeducate, or persecute religious endeavor.  They see religions as human institutions that have kept the masses downtrodden.  Thus, they either promote humanistic endeavors using religious methods or they openly espouse atheism.   By doing so, humanism and atheism become their religion.  They do not believe in God.  The Bible believes humanistic forms of religion are bound to fail.  Worshiping human endeavors is a form of idolatry, with human achievement becoming what is worshiped.   Today’s scripture clashes with the notion that God is not the Creator and most powerful force in the universe.  As Psalm 14:1 reveals, those who do not believe in God are depicted as “fools”.  The second half of this verse points out that those who do not believe in God are “corrupt, their deeds are vile; there is no one who does good.”  Let’s look at this second sentence of Psalm 14:1 for a few moments.

Psalm 14:1 asserts that those who do not believe in God are corrupt, with vile deeds.  Nothing “good” becomes of their works.   If you look at the recent riots, you will see this clearly.  At first, rioters assembled to remember George Floyd, who died in the hands of a police officer in Minnesota.  They attacked police in response.  Then, they called those who didn’t support their cause racists.  Then, they tore down “racist” monuments of the U.S. Civil War figures.  Then, they moved on to tear down statues of those against slavery.  Then, after attempting to take away people’s second amendment, they attacked people who did not agree with their cause.  Then, they promoted civil disorder to help the “revolution”.  They called for the defunding of police, the dismantling of social order (CHAZ in Seattle) and even began to divide people into different classes or ethnic groups (CHAZ had gardens separated by race and areas of parks separated by race).  The leaders who promoted these efforts, including those involved with groups like Antifa, Black Lives Matter, Democratic politicians, powerful business leaders, and much of social media defended the protests and purposefully hid the agendas involved. Some Republicans even went silent.  In the process, millions of dollars in damages have been caused (some say billions), people have lost their businesses and homes, police officers have left their jobs by the hundreds, and more black people have suffered and died in the ensuing chaos.  Civil unrest and violence have soared where the socialistic movements took hold.  Clearly, the deeds of the rioters have been vile.  Their thinking as well as their moral compass is “corrupt”.

In response to the popularity of atheism and socialism and humanistic forms of religion, you need to shine like a candle in darkness, not hide your godly light under a bushel (Mark 4:21).  God’s light “shines in the darkness, and the darkness does not overcome it” (John 1:5).  God has placed His love and light and faith in you to stand against the forces of darkness in this world.  Socialism, though having some good intentions, is one source of darkness.  God desires that you not shrink back from your calling.  Your calling is not to stand up for America or defend the Constitution (not that you won’t do this) as much as it is to stand up for God and faith and righteousness.  I cannot tell you how to side with God in your particular situation.  I can tell you that God will show you what is needed.  Don’t be afraid.  Don’t hold back.  Defend God’s name in Christ Jesus.  Stand against evil. Stand for what is right in the eyes of God.  Just don’t sit there on the sidelines!  Don’t be a fool!
​
“Therefore take up the whole armor of God, so that you may be able to withstand on that evil day, and having done everything, to stand firm.” (Ephesians 6:13, NRSV)