“So Aaron took it as Moses said and ran into the midst of the assembly. And behold, the plague had already begun among the people. And he put on the incense and made atonement for the people. And he stood between the dead and the living, and the plague was stopped.” (Numbers 16:47–48, ESV) 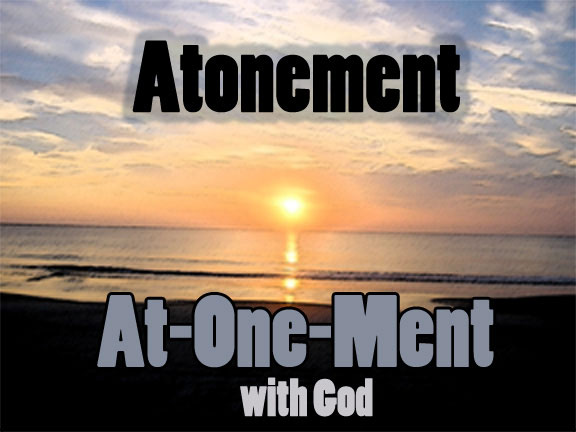 ​In Numbers 16, we are made aware that the people of Israel sinned greatly.  When God pronounced judgment upon the sin, the people became angry at Moses and Aaron.   In response to the sin and to the evil of the people, God sent a plague down upon Israel.  Numbers 16:49 tells us that over fourteen-thousand people died in the plague.  To end the plague, our scripture today tells us that Moses ordered Aaron to make “atonement for the people” (Numbers 16:47).  Aaron put incense on the altar of God, and prayers were uttered to Heaven begging for mercy.  Moses and Aaron interceded between the sinful people and God.   God heard their prayer and accepted their atonement.  God stopped the plague (Numbers 16:48).

Ever since humans pondered right and wrong, there was this feeling of a connection between sin and judgment.  Human beings noticed that sinful actions often brought down the wrath of God.  In Greek myth, there were goddesses known as “The Furies”.  These women were dressed like hunters and had a specific vocation.  They were to cause suffering upon those who committed grievous sins.  Sins like killing a parent, adultery, lying under oath, and actions against the gods brought swift retribution.  The Furies caused suffering and plagues and all kinds of evil to occur to those who had sinned.  Victims could pray to The Furies and plead their case.  In response, The Furies would cause suffering and accidents and catastrophes to fall upon those who had done evil.   The only thing that would stop the retribution and suffering caused by The Furies was for the guilty to own up to the sin and make atonement.  They needed to repent of their sin and do some form of penance and admit to the sin.

Many religions in the history of humankind have noted the connection between sin and the suffering of the guilty.   The Jews, the Greeks, the Romans, Muslims, and Christians all believe there is a connection between sinful actions and God’s judgment.  All these religions and peoples have noted that the only known antidote for suffering God’s punishment for severe sin was to repent of one’s sin and to accomplish some form of atonement.  What is atonement?  It is something that you do to make things right again.  It is something required by God to show you repent of your sin and reject that sin.   Atonement not only proves you repent, but it makes things right between you and God.

Most Christians understand the concept of repentance.   They know that when you sin, you must repent of the evil.  Through prayer, the repentant person explains how he or she is sorry for the sin.   However, many Christians do not understand the concept of atonement.  Many believe that all sins only require asking for forgiveness.  This is not always true.  In some cases, a prayer of repentance is not enough.  Some sinful actions require some form of atonement.  In order to make things right with God, atonement in these times completes the repentance.   Atonement makes things right with God.  The relationship with God is thus preserved.

Not every sin requires you to do an act of atonement.  Some only require your faith and repentance in response.  However, in some situations, God may desire an act of atonement as shown in the scripture for today from the book of Numbers.  For example, a particularly terrible sin may require some form of atonement.  In some cases, doing atonement will make your soul feel right with God again.  When the relationship between you and God is damaged severely, repentance with atonement may be the best way to find peace with God again.

On the cross, Jesus made atonement for the sins of humankind.  He was a sacrifice for your sin.  Don’t think this frees you from ever making atonement.  When your relationship with God becomes severely damaged or you have gone astray from a faithful life, atonement may become necessary.   Atonement doesn’t force God to accept your repentance.  It merely shows God how far you are willing to go to make things right.

One evening, after a good amount of drinking at the bar after work, Daniel got in an accident.  He was charged with Driving While Intoxicated (DWI or DUI).  Because of the injuries suffered by the passengers of the other vehicle, Daniel had to serve time in prison.

While in prison, Daniel offered his life to Christ during an evening worship session.  However, Daniel did not feel right with God.  That accident haunted his dreams.  He just did not feel forgiven, no matter how many times he repented for what he did.   Finally, reeling with guilt, he approached the pastor leading the worship sessions.  Daniel confided in the pastor about his feelings of being unforgiven.  It was then that Daniel heard for the first time about a word called “atonement”.  Feeling atonement was needed, Daniel sat down and wrote a long letter to the victims of his accident.  He expressed his guilt and shame.  He asked for their forgiveness.  It helped some.

A month after Daniel sent out the letter, a woman came to visit with him.  He recognized her name as one of the victims in the car accident.  With much trepidation, he approached the woman in the visitor’s area.  There, Daniel got the surprise of his life.  The woman thanked him for sending the letter.  They talked about the consequences of the accident and the pain she was still experiencing.  Daniel’s eyes filled with tears.  He told her, “I’ll never be forgiven for what I did.”

Upon hearing his words, the woman asked Daniel to close his eyes.  Then, she prayed for them.   In her prayer, she asked Jesus to forgive Daniel and be with him.  After the prayer, Daniel felt much better.  He felt whole again.  What he didn’t realize was that the woman needed to see Daniel as much as Daniel needed to see her.  The woman had been angry for months about the suffering she endured following the accident.  That prayer with Daniel was her atonement as well.  By offering up that prayer with the man who had so damaged her own life, she found a powerful peace with God herself.
​
Atonement is a crucial part of a spiritual life.  It doesn’t happen every day, but when it happens, it is life changing.  There are times that repentance needs atonement in order to be truly complete.  Not always, but sometimes.   If you find that your repentance doesn’t seem to make things right with God, atonement might be what you need.   Jesus’ atonement on the cross is more than enough to bring forgiveness.  But sometimes, in order to deal with guilt and feel God’s grace, atonement may be the perfect prescription for a renewed relationship with Almighty God.