“So Rachel died, and she was buried on the way to Ephrath (that is, Bethlehem), and Jacob set up a pillar over her tomb. It is the pillar of Rachel’s tomb, which is there to this day.” (Genesis 35:19–20, ESV) 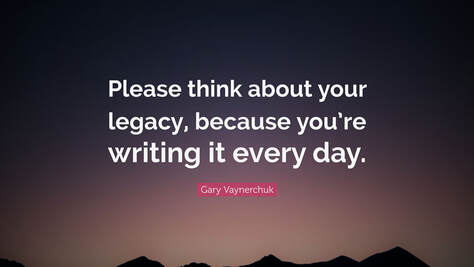 After you die, how will people remember you?  Will they know you believed in Jesus?  Will they see you as a pushy sort of religious nut?   Will they miss you?  What kind of legacy will you leave behind?

You can never know in this lifetime how people will view your life after your death.  You have to die before we find out.   You also can’t affect your legacy after you die;  you can only do it while you are yet alive.  I have met people so fearful of having a bad image after they die that they never share any negative feelings or even their own personal beliefs.  I have met Christians who cared more about the contents of the will they would leave behind than the souls that would live on afterward.  God sent you into this world for a reason.  Have you used your days to make a difference?  Will we miss you when you are gone?  Will people be glad you are no longer around?   What kind of mark will you leave on this world?

“Several years ago, I read about James Lewis Pettigru. His life was so exemplary that after his death the community erected a tombstone inscribed with these words:  UNAWED BY OPINION, UNSEDUCED BY FLATTERY, UNDISMAYED BY DISASTER, HE CONFRONTED LIFE WITH COURAGE, AND DEATH WITH CHRISTIAN HOPE.” (“Our Daily Bread”, May 29, 1995)  Pettigru was much loved.  His faith was so cherished that the community remembered his strength of Christian character even after he was gone.

In the scripture for today, we read of Rachel’s death.  Rachel, wife of Jacob, died during childbirth.  By giving life to her son, Benjamin, she gave up her life for his.  It was a terrible time for Jacob.  To commemorate his beloved wife, Jacob “set up a pillar over her tomb” (Genesis 35:19).  The pillar was designed and built with such care that it lasted for centuries.  Genesis 35:20 even says it is “there to this day”.   Along with the pillar, living on are the stories of Jacob and Rachel in our Bible.  These have taught many generations about the origins of our faith, God’s work among the patriarchs and matriarchs of the Bible, and so much more.  It is a beautiful legacy.

Some legacies are not so beautiful.

A wealthy Christian farmer loved his work in the fields.  He cherished the land he had bought and cultivated over his long life.  As he grew into his sixties, he began to think about what would happen in the event of his death.  He wrote up a will dividing his land among his four children.  He left the house to his only daughter.  He let his family know the contents of the will.  The children stood to inherit the equivalent of a quarter million dollars each in land and assets.

When the farmer turned seventy, two of the sons made him angry.  One son had moved away and did not care to keep in touch.  He didn’t come home to help in the fields or pitch-in during the hectic harvest.  The farmer had another son who hated farming and had taken up a construction job.  Only one of the sons helped out on the farm.  The daughter helped out at the homestead with cooking and cleaning and caring for the family.   The absence of two of his children irked the farmer.  He resented their distance.  Then, at the age of seventy-four, the farmer broke his leg falling from the tractor.  His daughter and one son helped him get better.  The farmer was so bitter about the lack of help from two of the sons that he removed them from his will.  Thus began numerous family arguments and fights.

Over the next ten years, the farmer used his will to intimidate the son and daughter who cared for him and the farm.  He constantly threatened to take their names of the will as well if they didn’t do this or that.   In his late eighties, unbeknownst to all the children, the farmer visited his lawyer and changed the will.  In the final will, the farmer gave away all his money and land to a local church he had attended for years.  He did it out of spite.  He wanted his children to be angry when they found out what he had done.  Everything the farmer did at the end was out of malice.

What was the result of the farmer’s will?  The church was sued.  The farmer’s children became terribly upset with each other.  There were threats and insults.  None of the children ever went to church again.
What kind of legacy did this Christian farmer leave behind?  Sure, he gave a large gift to his church, but he left much resentment in his wake.  From what I’ve seen of that inheritance, it has caused more people to stop believing in God than the good it could have done.  In that community, the farmer’s name has become synonymous with how to mess up your family and church family for generations.

Jesus didn’t have land or money to leave after he died.  Instead, he left behind to all generations the beautiful gift of the gospel. He worked his whole life on a legacy of faith, sharing, love, and obedience to God the Father.   Many like me have dedicated our lives to furthering His mission, reaching out in His name.  He left quite the legacy.

Now, how about you?  Will your faith be remembered and cherished?  Because of your life and death, will people desire to know more about Jesus, or will they fight each other over your belongings?  Are you training the next generation to grow closer to God after you are gone?  Do your children worship your money more than your Lord?
​
Be mindful of what you are leaving behind, the markers that will have meaning after you die.   Your legacy will still be speaking long after your voice grows silent in the grip of death.