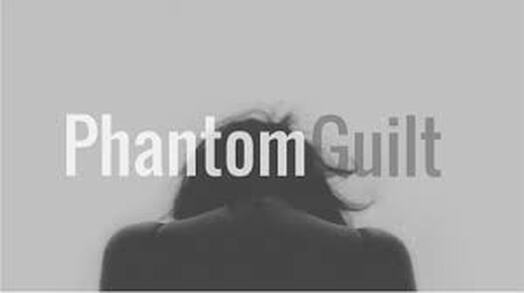 “Amputees often experience some sensation of a phantom limb. Somewhere, locked in their brains, a memory lingers of the nonexistent hand or leg. Invisible toes curl, imaginary hands grasp things, a “leg” feels so sturdy a patient may try to stand on it. For a few, the experience includes pain. Doctors watch helplessly, for the part of the body screaming for attention does not exist.

One such patient was my medical school administrator, Mr. Barwick, who had a serious and painful circulation problem in his leg but refused to allow the recommended amputation. As the pain grew worse, Barwick grew bitter. “I hate it!” he would mutter about the leg. At last he relented and told the doctor, “I can’t stand it anymore. I’m through with that leg. Take it off.” Surgery was scheduled immediately. Before the operation, however, Barwick, asked the doctor. “What do you do with legs after they’re removed?” “We may take a biopsy or explore them a bit, but afterwards we incinerate them,” the doctor replied. Barwick proceeded with a bizarre request: “I would like you to preserve my leg in a pickling jar. I will install it on my mantle shelf. Then, as I sit in my armchair, I will taunt that leg, ‘Hah! You can’t hurt me anymore!”

Ultimately, he got his wish. But the despised leg had the last laugh. Barwick suffered phantom limb pain of the worst degree. The wound healed, but he could feel the torturous pressure of the swelling as the muscles cramped, and he had no prospect of relief. He had hated the leg with such intensity that the pain had unaccountably lodged permanently in his brain.
​
To me, phantom limb pain provides wonderful insight into the phenomenon of false guilt. Christians can be obsessed by the memory of some sin committed years ago. It never leaves them, crippling their ministry, their devotional life, their relationships with others. They live in fear that someone will discover their past. They work overtime trying to prove to God they’re repentant. They erect barriers against the enveloping, loving grace of God. Unless they experience the truth in I John 3:19-20 that “God is greater than our conscience,” they become as pitiful as poor Mr. Barwick, shaking his fist in fury at the pickled leg on the mantle.”  (Dr. Paul Brand, as quoted on Bible.org)

False guilt is a common phenomenon in Christian circles.  It often plagues those who have low self-esteem, a tragic past, a sinful past, or who have not dealt adequately with their past.  It is commonly utilized by the powerful to manipulate the vulnerable.  You need to protect yourself from false guilt.  It never helps but often harms your spiritual life and relationships. It will damage or destroy your relationship with God.  That is why it is a ploy preferred by Satan.

In Psalm 130, our scripture reading for today, the author of these verses wrote about sin’s debt-load.  Sin piles up over time.   Were you to have to keep track of all your sins, the guilt and shame would be overwhelming.  If God did not forgive your sins, their influence over you would grow and grow.  The sins would eat away at your spiritual life and overpower you with their corruptive influences.  That is why the author of Psalm 130 wrote plainly, “If you, O Lord, were to keep track of sins, who could stand before you?”(Psalm 130:3).   Every sin, no matter how large or small, is a rejection of God and righteousness.  Human beings have a deep and enduring penchant for sin.  Worldly thoughts inhabit our minds.  Weaknesses can grow over time.   Even when the church pronounces your forgiveness, you might be tempted to think that your sin is too great to just release to God.  You might feel obligated to hold on to each failure.  Enemies or even friends might encourage you to remember your sin so that you can be controlled in some way.   To this, the Psalmist wrote:  “BUT you (Lord) are willing to forgive, so that you might be honored” (Psalm 130:4).  This verse reminds us that to honor God, we must let forgiveness occur.  You can’t honor God if, after you are forgiven, you stay mired in false guilt.

1 John 1:9 clarifies the matter even further….“If we confess our sins, he [God] is faithful and just and will forgive us our sins and purify us from all unrighteousness.” (1 John 1:9, NIV).   By carefully analyzing this verse, it becomes crystal clear that God can be trusted to forgive you.  Then, after forgiveness is given by God, HE wants you to be purified from all unrighteousness.   Lingering doubts and enduring shame are not what God wills for those who are forgiven.  When HE forgives you, He desires the sin to be cleansed from your body and soul and mind.  It should not continue to destroy you from the inside out through false guilt.

Litsa Williams wrote about her father’s death using these words:  “When my dad died I remember well the intense guilt I had in the months that followed.  Though his death didn’t fit into one of the categories known for guilt, that didn’t stop me from feeling guilty.  I felt guilt that I wasn’t a match for a bone marrow transplant, though rationally I knew I had no control over that.  I had guilt that I hadn’t called him more during my first year of college, guilt that in the hospital we had told him it was okay to let go and that we would be okay without him.  When my sister’s boyfriend died of an overdose years later, my guilt went to a new level.  I rehashed all the things I felt I should have done, all the negative thoughts I had over the years, and approximately a million other guilt-thoughts that often plague survivors of substance losses.” (Got Guilt, July 24, 2014 whatsyourgrief.com).   Can you feel her pain?  Do you see the guilt that eats at her soul?   Survivor guilt, insecurities, fears because of past failures and so much more can bring all kinds of false guilt your way.  It can so easily pile up and overwhelm you.  Some false guilt may have to do with sin.  Some of it may not have to do with anything in reality.  You just feel guilty.
​
Out of an intense love of God, you will need to put away false guilt.  This is required for you to experience true joy.   How can you give thanks to God when you won’t allow God’s grace to permeate your every cranny?   If you want to really show thanksgiving to God this month, maybe you need to start with your guilt.  If you have been forgiven and cleansed by God, the guilt has got to go.  It doesn’t belong in your heart, soul, or mind.  Put away that negativity that has no place in your every day.  If you remain mired in false guilt long enough, Satan will put it to use one way or another.   Doesn’t Jesus mean more to you?  His death on that cross more than covers the cost of your guilt.