“I will search for my lost ones who strayed away, and I will bring them safely home again. I will bandage the injured and strengthen the weak. But I will destroy those who are fat and powerful. I will feed them, yes—feed them justice!” (Ezekiel 34:16, NLT) 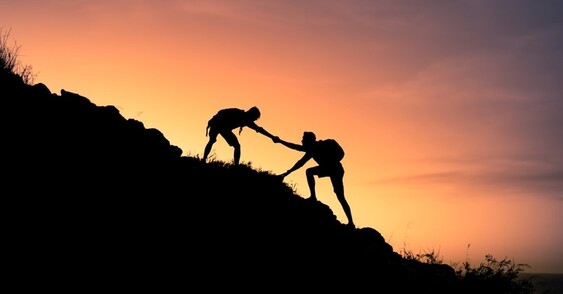 In Luke 19:10, Jesus described the purpose of His being sent into the world.  God the Father wanted the Savior to “seek and save the lost” souls, especially in Israel.   When Jesus came to this world, His mission was not to speak of God’s wisdom nor to expound on the truth.  Jesus was sent to save people.  His was not a philosophical endeavor.  This was no “ivory tower” proposition.  Jesus had to travel among the lost souls of the house of Israel to save as many as He could.  Then, through the written word, that mission was to spread to the whole world.

Our God is one who seeks out and tries to save lost souls.   God cares about every single life, every one of the souls on this earth.  God even reached out to save you.   Without Jesus, you would have been just another lost soul going through life without a purpose, without a heavenly home, without the knowledge of the truth.

Some six centuries before Jesus proclaimed that He was sent to seek and save the lost souls of this world, Ezekiel preached that God had always been doing this very same thing.  During the time of Ezekiel, the people of Israel and Judah had lost their way.  They were sinning greatly.  Many toyed with other gods, saying prayers to the likes of Baal and Asherah and Anat.  Even the priesthood was led astray.  The Jewish society was torn with strife.  Violence, murder, oppression, and adultery were commonplace.  Jewish leaders practiced idolatry.  To God in Heaven, the souls in Israel and Judah were “lost”. Then, war was upon them.  Suffering was rampant.   Death was everywhere.  Exiles were captured and taken away. In the midst of all this mess, God gave Ezekiel a message to preach.  It is written in the scripture for today included above.  God was going to “search for the lost ones who had strayed away” to “bring them safely home again” (Ezekiel 34:16).  Those who had caused these lost souls to suffer would be destroyed.   “Justice” would prevail (Ezekiel 34:16c)!

When Ezekiel spoke these words, I’m sure there were lost souls who didn’t even realize that they had strayed away from God.  The “fat and powerful” (Ezekiel 34:16b) thought they were protected by their wealth and power and privilege.  While tearing down and destroying the evil of the privileged, God was also searching for the lost ones, the “nobodies”, that were overlooked by the elites.   God was going to bless all those who returned to faithfulness.  God was going to punish all those who dared to lead the people into sin.

Our God is thoroughly committed to seeking and saving the lost.  God desires to bandage and protect the vulnerable who suffer because of the manipulations of evil in this world.  God punishes those who take advantage of others.  This is the kind of God you worship.

On the other hand, there are those who are bent on evil.  They sin openly and often.  They do not realize they are lost souls.  They are more than willing to take others to hell with them.  Satan has more than enough willing participants in his evil.   He enjoys the suffering of people. He protects those who oppress.  He supports those with evil intentions.   So many of this world have not understood the purpose of Satan.  They think he is a mythical being.  They think evil does not seek to destroy you.  They are blind to the spiritual warfare going on all around them.

Like God and Jesus, your mission (“should you choose to accept it!”) is to be obedient to Almighty God.  This involves you being one of those sent to “seek and save the lost”.  While being faithful, you need to help open the eyes of the blind who are lost to God.  Those who are fallen may make fun of your efforts.  They will call you names and berate you.   That does not change the fact that you are a missionary of God, sent by Jesus to save the lost of this world.

Two weeks ago, my doctor was called out of the office for an emergency at the hospital.  When I was informed that my appointment would be delayed by a couple of hours, I decided not to drive the forty minutes back home only to turn around and return an hour later.  Instead, I stopped at a restaurant down the street to have a small sandwich and spend the time meditating on things God would want me to do on this web site.   I also figured, there would be ample time for some scripture reading and prayer.  As I finished my sandwich, a man walked past me but said, “Hello!”  As he passed by, I responded with a warm “Hi!  I hope you are having a wonderful day!”  The man was shocked.  He wasn’t ready for a response, let alone a smile and a warm greeting!   He turned to me and whispered, “Not a lot of people are very warm to me.  Thank you!”  When I told him that was a shame, he said, “Where are you from?”  That began a conversation that lasted a half hour!

I found out that the man was recently homeless.  He had moved to Wisconsin from Florida only to find out that the place he had hoped to stay was no longer available.   He was living out of his car.   We talked at some length about difficult times in life, about Wisconsin winters, about his desire to find housing before the weather turned bitterly cold, and about his new job as a manager.   He mentioned how lonely it was to move away from his family in Florida.  Then, as he got up to leave, he asked if we could pray together.  I told him that it was a wonderful idea.  We prayed and then I left for my appointment.  I had just enough time to get there.

God will put you in places where there are lost souls.  God will use you to help save them.  God will give you the eyes to see those who need protection and encouragement and more.  The gospel of our Lord Jesus Christ is the basis for your belief and mission.   The Holy Spirit will be your guide.  I wonder how many souls you will reach today, tomorrow, this week.  Isn’t it exciting to know you are part of God’s glorious plan?