“The god of this age has blinded the minds of unbelievers, so that they cannot see the light of the gospel that displays the glory of Christ, who is the image of God.” (2 Corinthians 4:4, NIV) 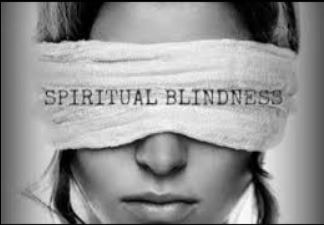 While a chaplain in St. Louis, Missouri, I visited a patient each day at the hospital in which I served.  He had been in a terrible car accident.  He was in a coma.   His doctor had no idea if he would live or die.

Though he had been in a coma for more than three months, the man woke up suddenly one morning, asking for something to drink.  Shocked, his nurse ran from his room to inform the doctor of the radical change in the man’s condition.  The staff found the man thoroughly lucid.  He could talk, feel, even walk with help.  It was as if he was asleep for the whole time.  At the doctor’s request, the patient went through a series of tests.  He passed all basic tests of brain function.  However, the man had a few glaring holes in his memory.   He could hardly believe that his favorite football team made the playoffs.  He also was astonished to hear news of a relative who had nearly died in the accident with him.  He didn’t remember the accident whatsoever.

While in his hospital room, the man kept thinking of the car accident.  He saw pictures of his car smashed along the side of the highway, but he could not remember anything of that day.  Even after leaving the hospital, and seeing his totaled vehicle, he had a hard time accepting the facts.  When people talked about that day or visiting him in the hospital, he listened politely but refused to believe the stories.   When he looked in the mirror, there were no bruises or scars.  Those faded during the months he was in the coma.  The man just couldn’t fathom what had happened to him.  Later, he told me that in his mind he denied that the accident and coma truly happened.  He found it easier to live that way.

Like this man, there are people walking around who find it easier to deal with life by lying to themselves.  They go through life without any belief in God.  By not believing in God, they don’t have to follow any commandments.  They don’t have to join a church or get up on Sunday mornings to attend worship.  They delude themselves into this false understanding that since they can’t see God, God must not exist.  Though they can’t see electricity, they know it exists.  Though they can’t see the wind, they see evidence of it.  Though they can’t see love, they can feel it.  Still, they deny the soul within them that longs for a connection with their Creator and Redeemer.  Like the man who recovered from the coma, they find it easier to live in denial.  They deny the truth that God will one day judge their souls, that there is a Heaven and Hell, that evil forces manipulate them while upon this earth.

In 2 Corinthians 4:4, Paul informed the Corinthian church of dangerous forces in the earthly realm.  Paul explained in this verse that “The god of this age has blinded the minds of unbelievers…”.  Some versions of the Bible even list the “god of this age” as Satan.   What this scripture brings forward for discussion is that Satan, a god of this age, prefers people to be in denial about spiritual things.  Satan enjoys “blinding the minds” of people.   He causes them to doubt God.  He encourages them to be worldly.  He keeps the truth from them that there is a God, that their Creator is in Heaven, and that they need a Redeemer to save them from sin.  As long as people are blind to what is really going on, Satan can manipulate all kinds of things around them.  He can cause them to pursue worldly goals, to seek cheap thrills, to drown their sorrows in alcohol, to surround themselves with material possessions, to ignore suffering by those who are less fortunate, and to live as if there will always have time to do what they want when they want it. Satan is so good at manipulating people that they delude themselves into believing that there is no “light of the gospel”, no “glory of Christ”, and nobody bears the “image of God”.  Satan keeps them in the dark.  They go through life as in a coma.  They find it better to deny God’s truth than deal with it.

But every now and then, God will break through Satan’s lies and deceptions.  Glimpses of reality will force people to make their choice about whether to believe God’s truth.

For many years, Tonya did the right thing.  She graduated High School with honors.  She attended college and became a nurse.  She did so many things right in her life.  She was taught by her parents that hard working people get ahead in life and that you get out of life what you put into it.   Tonya worked hard and reaped the benefits of a good job, a loving family, and a pretty decent life.

Then, Tonya’s life became “messy”.  A year after getting engaged, she found her fiancé in bed with another woman. Later that same month, her best friend died.   Two months after that, she was diagnosed with a serious illness and discovered she would have to take medicine the rest of her life.  Tonya’s illness even forced her to reduce her working hours to part time for more than six months.

That November, Tonya came to the realization that she had worked hard, made a lot of right decisions, was a loving and fair person, and yet life had not rewarded her with success.  In fact, on Thanksgiving of that year, Tonya found herself alone for the holiday for the first time in her life.  She was living with a friend because she could no longer afford her own apartment.  She had no boyfriend.  Her health was sketchy.  Her future uncertain.  For the first time in her life, Tonya began to question everything she believed.  She sought answers to why her life had become so difficult.   Not long after, I saw her in our church for the first time.

In the months that followed, Tonya’s spiritual side began to blossom.  She learned to pray for real.  She learned to sing praises with a joyful heart.  She found hope in Jesus.  She found meaning in her life.  She began a deep spiritual journey that continues to this day.  If you ask Tonya about her life now, she will tell you something like this:  “When I was young, I had no idea about all that Jesus had done for me.  I was totally unaware of my connection with God.  I breezed through life enjoying all my accomplishments without seeing that God wanted a deeper relationship with me.  I now know the beauty of forgiveness, what its like to feel the love of God, and have a hope that does not disappoint.  I have found value not in things but in what I can do for others in Jesus’ name!”

Satan has succeeded in blinding many in this world.  Don’t let his manipulations blind you to the grace and glory of God.  Don’t let his whispers of depression and regret and insecurity cloud you from the love of God and the hope garnered at the cross of Jesus.   The “god of this age” seeks to have you focus everything on the material world.  God wants you to see more than that.  God wants you to experience a greater love.   Jesus wants to walk with you on every path you take.  The Holy Spirit seeks to protect you from harm and guide you toward godly wisdom.

Don’t be blinded by things of this world.  Let the light of the gospel cause you to see more clearly the truth of God’s call upon your life.