“For I know that nothing good dwells in me, that is, in my flesh. For I have the desire to do what is right, but not the ability to carry it out.” (Romans 7:18, ESV) 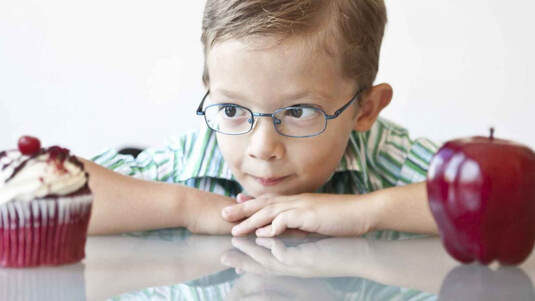 When Carrie turned seventeen, her grades in school began to slip.  She became quieter and more aloof.  Carrie’s parents didn’t like this phase she was going through.  Then, late one night Carrie’s parents found her room empty.  Carrie had slipped out of her window and left during the night.   Worried, her parents watched a video from a camera facing the yard that showed Carrie running toward the sidewalk with a young boy.  Her parents were furious.  When Carrie came back home, her father was waiting.  He immediately grew angry.  Despite her pleas that she didn’t do anything really wrong because she “wasn’t grounded or anything”, her father forbade her from going anywhere but school and church for weeks.  For a long time after, Carrie and her parents struggled with Carrie’s need to grow up and her desires to undertake risky ventures like attending late-night parties, dating good-looking boyfriends, and wearing very provocative outfits.    It was a difficult time not only for Carrie’s parents, but for Carrie herself.

Every age in life carries inherent dangers and risky behaviors.  Youth, like Carrie, struggle to deal with social situations while adolescent hormones are raging inside their bodies and messing with their thoughts.  These hormones cause youths to make rash decisions and result in risky situations.   Young adults and newly married people have to grapple with sexual urges, insecurities, and social stigmas.  They may try drugs or alcohol to cope with insecurities or to fit-in socially.  They may risk contracting venereal disease or AIDS, developing eating disorders, or dating the wrong kinds of people.  The risks don’t end if a person decides to marry. Psychological disorders and medical emergencies can develop in a person’s twenties and thirties.  Bad behaviors from childhood and adolescence may become ingrained by that time.  A person may also take on large debts from student loans or from buying a first home.  Then, there are the risks of having children of your own.  Even later in life a person may suffer from risky behaviors ingrained from younger days.  They may develop debilitating medical issues or struggle with the strain of financial pressures.  Job insecurities, social upheavals, accidents, and traumas can derail all one’s hopes and dreams.  The death of a loved one can initiate a bad habit or develop a psychological or spiritual complication.  There will never be a time when you won’t have risks or fall under temptations.

The Apostle Paul wrote Romans, found in the New Testament of our Bible.  Most scholars believe that he wrote this letter later in life, maybe even in his last days.   As Paul was looking back upon his life, he recognized moments when his worldly attitude and fleshly desires resulted in sin.  Some of these sins caused great heartache.  To prevent others from making the same mistakes, Paul wrote the verse for today written above.  In Romans 7:18, Paul warned faithful Roman Christians that even he knew that “nothing good dwells in me, that is, in my flesh”.  When push came to shove, Paul may have had “the desire to do what is right”, but all too often, he lacked “the ability to carry it out” (Romans 7:16).  In essence, Paul knew what was right but the worldly part of him took control.  Instead of doing what was godly, Paul did what was wrong.   Sin was the result.

You too may find that despite a desire to do everything right, you will succumb to temptation.  Your mind and body may sway you in worldly directions.   You must learn to fight those worldly, fleshly urges.  They will inevitably throw you into risky situations or initiate risky behaviors.  They will usually lead you to sin.   When that occurs, it is best that you throw yourself at the mercy of God and deal with the fact that you aren’t perfect.  Your faith can be swayed.  Some things have the power to manipulate your desires.  You need to come to terms with your sin.   When reeling from failure, rush to God’s arms.  Repent and return to God’s side.  Learn from your mistakes.  Understand your lusts and desires.  Realize your need for God’s saving grace.

A woman in her twenties asked to speak with me.  We set up an appointment in my office.  When Caroline arrived, I could tell she was down. I could see the aftermath of tears.   After a few moments, she told me about her life.  Caroline was always a strong Christian.  Growing up in another state, she only missed worship or Sunday School when she was ill.  She loved God and endeavored to do everything right.  Even during her college years, she remained a virgin and refrained from all the usual college temptations.  She graduated from college, moved near my church,  and then joined within weeks.  She had seemingly done everything right.

As Caroline paused in her story, I asked her why she was there.  If she had done so many things right in her life, why were tears building behind her eyes?  It was then that Caroline confessed to falling for the wrong man.  Steven came into Caroline’s life a year previous.  Theirs was a whirlwind romance.  Steven knew all the right things to say.  Caroline was smitten.  They began to have sex.  Then, they began to live together.  Soon, Caroline was pregnant.  A month before coming into my office, she found out that she was eight or nine weeks along in the pregnancy.  I asked her how she was doing.  Breaking down, she explained that Steven had left when he found out she was pregnant.  He didn’t want children.  He didn’t believe in marriage.  Everything in Caroline’s life was falling apart.   The girl who had done everything right in her life didn’t know how to handle a series of bad choices.  She felt estranged from God and too afraid to tell her parents what she had done.  She felt utterly abandoned and alone.

Over the following months, Caroline and I worked through her issues.  We dealt with each obstacle together.  Several of Caroline’s friends in the church were there through the difficult days of pregnancy.  Her best friend in the church stood by her side all through childbirth.   Through all the decisions and issues caused by her risky and sinful behavior, Caroline’s Christian friends stood faithful.  I was there to pray with her and hear her confessions of guilt and pain.  God was there with mercy.  God’s love shone brightly.

Today, Caroline is married to Chris.  They have a wonderful relationship.  After learning from her mistakes and risky behavior, Caroline is now a volunteer counselor for girls who are pregnant.  She’s a great Christian leader, a trusted confidant.  Caroline had to work through her own spiritual and moral and physical weaknesses and needs.  She had to face the consequences of her sin.   Like the Apostle Paul, the more that she learned of her own insecurities and issues, the more she wanted to help others to face their own shortcomings and temptations.   I am so glad I have her as a resource.  I am thrilled that God is so very powerful in her life.

Your urges will push you constantly to take risks and make dangerous decisions.  Satan will inevitably egg you on to succumb to temptation.  God is fighting for your soul, determined to keep you faithful, hoping you remain true no matter the consequences or situation.  You are not perfect.   You are not above feeling the pull of temptation.  You may even know everything that is right and yet decide to do wrong.   You will need God along the way.  You will need grace.  You need to resist temptation.  At times, you may have to make faithful choices that all involve difficult or expensive consequences.  Life is messy.  Being faithful is incredibly difficult. Satan has stacked the deck in his favor with worldly temptations.  You need to see through your pain, past your insecurities, despite your weaknesses, to the path God sets before you.   But, like a fall day where leaves are covering the pathway, God’s way may be obscured or difficult to discern.  God will help you find the path.  If all else goes wrong, God will show you a way back to the path.   You can bank on that.
​
Are you struggling with an insecurity or temptation?  Do you need help to overcome it?  God is your strength.  Faithful people can help.  What risky behaviors has Satan dangled over you?  What desires can captivate your mind?   Learn to deal with your shortcomings.  Trust fully in God’s mercy.  Failure will come.  Let it not defeat you. Overcome with your eyes fixed on the mercy and love of the Lord.