“Because you did not serve the Lord your God with joyfulness and gladness of heart, because of the abundance of all things, therefore you shall serve your enemies whom the Lord will send against you ...” (Deuteronomy 28:47–48, ESV) 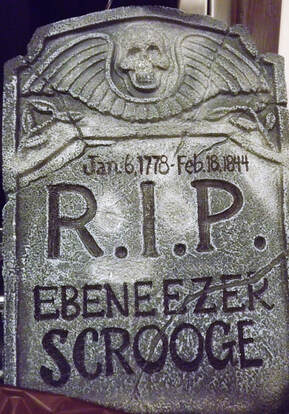 The first five books of the Bible are known as the Books of Moses, the Law, or the Torah.  In these books, God and Israel came to an understanding of what God’s law was and how to follow that law.  Within the pages of the Torah, God developed a relationship with God’s people.  God also made clear what was expected of the faithful and what would happen to the sinner.    Nestled in the final book of the Torah was a warning should Israel choose to love worldly things more than God.  Moses wrote these words of God in Deuteronomy 28:  “Because you did not serve the Lord your God with joyfulness and gladness of heart, because of the abundance of things, therefore you shall serve your enemies whom the Lord will send against you…” (Deuteronomy 28:47-48).  These words were given to impress upon God’s people that they should never give ultimate importance to worldly possessions.  To do so would show a willingness to worship them, i.e., to “serve” them.  God would punish such behavior.

Throughout history, human beings have failed to heed this warning.  At various times, people have worshipped “things” rather than the Creator.  They have fought and killed to acquire “things of this world” in order to acquire status.   Failing to remain faithful, they worshipped affluence and wealth, status and power.  They gave earthly things spiritual power and ultimate importance.  In doing so, they sinned before Almighty God.

The dictionary defines “affluence” as a state of abundant wealth.  The word sounds descriptive of a condition where one has been blessed.  However, when a person longs for affluence, when one lives and breathes to acquire wealth to become affluent, there is a serious spiritual problem.  The love of affluence or wealth changes a person.   The person who grows to love “possessions” will think nothing of sacrificing their morals, values, and even family to acquire them.  It is a form of idolatry.  When wealth becomes more important than God, all sorts of human sins and atrocities will be the result.

Karen grew up poor.  As a child, she resented not having the possessions that the other children in her class thought as normal.  While other little girls were making cupcakes in their “Easy Bake Ovens”, Karen was forced to clean houses with her mother to make ends meet.  In eighth grade, Karen stayed home from her first school dance, because she didn’t have a “real” dress to wear.  The older she got; the more Karen hated her mother for being poor.  Her situation became intolerable.  To satisfy her lust to no longer be poor, Karen excelled in school, received multiple awards and scholarships, and graduated from college at the top of her class.  A few years later, she married a wealthy man and bought the most expensive house in her hometown.  Karen seemed to have it all.

However, somewhere along the line, an evil spirit overtook Karen.  Consumed with her lust for affluence, she wore only the most expensive clothes.  She raised her daughters to only acquire influential or wealthy friends.  She always drove the newest cars, bought her girls the trendiest clothes, and threw the most lavish of parties.

Because few knew Karen’s maiden name, they had no idea where Karen came from or even that she grew up in poverty.  One day, Karen and a friend were passing a dilapidated business in an old section of town.  Her friend pointed to an old woman who was wearing a beat-up old jacket and dirty scarf.  The friend said, “I would never, ever dress like that even if I was old!”  The two laughed as Karen looked upon the old woman to discover to her horror that the woman was her mother!  For years, Karen had not contacted her mother, despite living in the same town.  The poor woman was barely scraping by.  Instead of being touched by the sight of her mother’s clothes, Karen hurriedly crossed the street before her mother saw her or acknowledged her presence.  How would Karen explain that to her friend?  The worst bit of all?  Karen proudly calls herself a Christian.

It is not known who said this, but this adage still rings true today:  “The trouble is that too many people are spending money they haven’t yet earned for things they don’t need to impress people they don’t like.”  That is what the sin of affluence does to a person. It makes them live to acquire wealth to enjoy the power of spending that wealth.  It causes a desire to impress others.  The sin of affluence skews one’s values and morals.  The love of affluence may be found in rich and poor alike!  You don’t have to have money in order to worship wealth!

Beware the subtle influences that can cause you to lose your connection with God due to “the abundance of things”.  Long before Scrooge ended up a miserly and miserable fool, he was a man of honor and love.  The sin of affluence has that effect on a person.  It can turn a loving child of God into a selfish sinner who is stingy not only with money but with godly love.

Do you know what helps greatly to tamp down the power of the sin of affluence? The scripture for today hints at the answer.  Replace your love for “things” or wealth with the desire to serve God with joyfulness and gladness of heart.  Go on a godly mission.  Give gifts of love.  Help the needy.  Humbly reach out to the poor.  Make Jesus’ love shine through you as you give selflessly of time, talent, and treasure.

“And Jesus, looking at him, loved him, and said to him, “You lack one thing: go, sell all that you have and give to the poor, and you will have treasure in heaven; and come, follow me.”” (Mark 10:21, ESV)