“Miriam and Aaron spoke against Moses because of the Cushite woman whom he had married, for he had married a Cushite woman. And they said, “Has the Lord indeed spoken only through Moses? Has he not spoken through us also?” And the Lord heard it.” (Numbers 12:1–2, ESV) 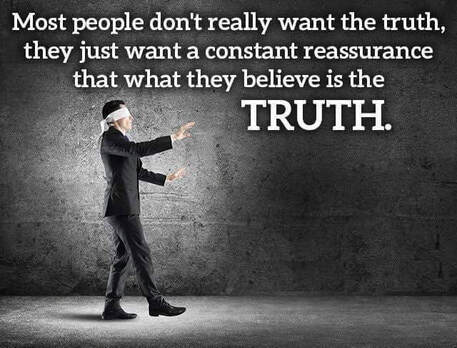 The scripture for today from Numbers 12 is deceiving.  It seems like a complaint from Aaron and Miriam against Moses’ choice of wives.  It seems like a family squabble but nothing more.  However, in God’s eyes, Aaron and Miriam were not only wrong, they were disastrously sinful.  Be careful when you make a judgment about a persons’ relationship with God.   Be careful when you take sides based on your own judgment.  You may have it all wrong.

In Numbers 12, Miriam and Aaron made a serious complaint about Moses and his Cushite wife.  They did not like her.  They did not accept her.  They believed that because Moses chose her, his relationship with God must be slipping.  They could not believe that God would choose an outsider like this Cushite woman to be the great wife of Moses!   In that, they were wrong.  When they uttered their complaint, the scripture states, “the Lord heard it”.  That’s all it took.  God called Moses and his siblings together for a meeting.  There, God pronounced judgment for Aaron’s and Miriam’s sedition and open complaints against Moses.   In the ensuing paragraphs, God punished both Aaron and Miriam for their grievous mistake.  In the end, Moses’ prayers helped avert God’s wrath upon the two.

“A woman complained to the service manager of an appliance firm that the push-button ice maker and dispenser on the door of her new refrigerator was popping ice cubes on her kitchen floor-all by itself. A serviceman could find nothing wrong with the appliance, but the woman continued to complain that ice cubes were littering her kitchen. Finally, a supervisor arrived, determined to stand watch in the kitchen until the mystery was solved. He had been there about an hour when a German shepherd entered, stood on his hind legs and pressed the ice-maker button. Ice cubes rained on the floor, and the dog gobbled up most of them.”  (Norman Strevett, quoted by Charley Manos in Detroit News).

Spiritual pride can easily entice a strong and faithful person succumb to the false belief that they will always know what God is doing in any given situation.   I’ve met people who knew God very well but who completely missed God’s action in a given situation...

A pastor may decide that an old man is stirring up trouble when all he is doing is bringing up a fresh new idea that God wills to be done.
That Bible teacher who has taught for twenty years may wish that the new visitor would stop asking difficult questions about the lesson!  What the teacher doesn’t realize is that the visitor with all the questions is keeping the teacher on his toes and biblically correct!
A member who was critical of her pastor's decision on a certain subject decided to take action against her pastor, fomenting dissension in the congregation.  That member didn't realize that she was going directly against the expectation of God.

​Don’t assume that a person who seems difficult or who thinks differently is your problem.  The problem may be with you!  The problem may be that you can't perceive what God is doing or have come to the wrong conclusions.
​
If you find yourself at odds about something in your faith community, seek clarification from God before you make rash decisions.  If a spiritual mentor thinks differently on an issue, pray for God’s insight.   Don’t rush headlong into taking sides against a faithful person who sees things in a different light.  You might find you are not on God’s side when you do it!  This is not to say that you should not be faithful to God.  It is a warning that you may not be able to discern when you’ve got it wrong!  Aaron and Miriam were very close to God.  They spoke for God (Numbers 12:2).   Still, they interpreted Moses’ situation all wrong and ended up severely punished by God for their error.
click here to See September Daily Meditations