Are you committing a sin of omission? 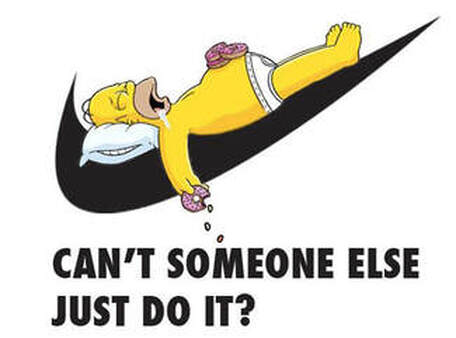 
Early one morning, a woman in a wheelchair in a nursing home was wheeled out to a spot near the main Nurses Station.  The nurses liked to keep the woman nearby because she often became nauseated after breakfast or forgot to go to the bathroom.  It just so happened that the morning was busy, and the nurses failed to notice that the woman in the wheelchair needed a bathroom break.  When they finally checked on her, she had soaked her clothes with urine.  There was so much urine that it dripped down the wheelchair and onto the floor.  A nurse took her to her room and changed her diaper, then proceeded to clean her wheelchair and disinfect it.   When the nurse returned to the main Nurses Station, she noticed that the urination was still puddled on the floor.  She mentioned to a co-worker, “Why didn’t any of you clean up the urine?”  One replied, “I called one of the orderlies to do it.  We’ve got other things to do.”  The urine stayed there for over an hour.

A seventy-five-year-old member of my congregation visited that nursing home that morning.  As she walked past the Nurses Station, she slipped and fell because of that puddle of urine on the floor.   The fall caused a terrible chain reaction.  She ended up breaking her hip.  Then, doctors found she had damaged a disk in her lumbar spine.  She spent the next six months in surgery and then therapy.  She never did regain her full use of her legs and ended up in a wheelchair herself.  When the managers found out about the fall and injuries, they did a thorough review of what happened.  What came back in the final analysis was that at least eight employees walked past and even stepped over the puddle without doing anything about it.  One nurse was officially reprimanded for saying, “Let someone else take care of it.”

There are many people who take that “let someone else handle it” attitude.  They often shirk responsibilities or pass off the tasks at hand to someone else.   As you read in the story above, when people shirk responsibilities, things can go wrong.   People can be hurt.  Things can be damaged.  New problems can arise.   Some people take this "let someone else handle it" attitude out of laziness. Others feel themselves too important to stoop to a mundane task.  Still others rationalize that if they aren’t paid to fix something they are within their right to ignore a problem, even if that problem is dangerous or an accident waiting to happen.

“Kitty Genovese was slowly and brutally stabbed to death [in New York City].  At least thirty-eight of her neighbors witnessed the attack and heard her screams. In the course of the 90-minute episode, her attacker was actually frightened away, then he returned to finish her off.  Yet not once during that period did any neighbor assist her, or even telephone the police.
The implications of this tragic event shocked America, and it stimulated two young psychologists, Darly and Latane, to study the conditions under which people are or are not willing to help others in an emergency.  In essence, they concluded that responsibility is diffused.
The more people present in an emergency situation, the less likely it is that any one of them will offer help.  This is popularly called the “bystander effect.”
In the actual experiment, when one bystander was present, 85 percent offered help.  When two were present, 62 percent offered help.  When five were present, then it decreased to 31 percent.”  (Lawrence S. Wrightsman, “Social Psychology in the Seventies”, pp. 33-34 as quoted in Courage: You Can Stand Strong in the Face of Fear, Jon Johnston, 1990, SP Publications, p. 37)

Christians can and do exhibit this “bystander effect” as well.  There are too many Christians who are of the attitude that “someone else needs to do it”.   Our scripture reading for today is cautionary concerning this attitude among Christians.   The Apostle James wrote that “ANYONE who knows the good he ought to do and doesn’t do it, sins.” (James 4:17).   Most Christians know that committing a sin is wrong.  But some Christians do not take to heart that the failure to DO SOMETHING RIGHT is also sinful.  Sitting idly by while a wrong is perpetrated in front of you is evil.  Not standing up for your faith when it is crucial is unholy.  Shirking your responsibilities to God by failing to do the right thing will compromise your relationship with God.

I found out about a woman and her two daughters from our congregation who were in need.  The mother was barely making ends meet when one of her daughters became ill.  The costs of medicines and multiple doctor’s visits made them unable to pay all their bills.  I visited with the family, learned of their situation, and desired to help them.  The church had a fund to help members.  I asked the head of the committee that oversaw the fund to help the family out.  He responded that the funds for that month were used up.  I asked if he could advance some money from the next month.  He replied that he would not dip into the funds for anybody.  I asked several members of that committee to reconsider.  All of them responded that they could help in a month or two.  This family couldn’t wait that long. They were already subsisting on Ramen Noodles and cereal for meals.  I could not stand idly by while that family was hurting.  I and two other members supported that family for three months.  Then, I brought the family needs before that committee again.  They responded that there was no money for help for another three months at least.  I was so frustrated!  Thank God there were a few members who would not wait to help that family.

Why couldn’t the committee find ways to help that family?  I was told, “It’s not in our job description”.  They thought their only obligation was to “administer the funds”.  They didn’t see their purpose as finding help for needy people.   What?   Aren’t all Christians obligated to help and support those in need?  Isn’t this what we all do out of respect and love for God in Christ?

Do you let godly things fail and falter while you do your own thing in the church?  Do you inhibit help for the needy because you desire someone to do the work instead?   Do you shirk some responsibilities because you don’t like the work, even when God wants you to help?  Are you faithful in sharing the responsibilities at your church, in your home, at work, and with the needy?  Would God consider you a responsible believer?
​
I know that some people are more gifted at certain tasks or missions or work for God.  That is a given.  But what today’s scripture reminds you is that when God has a need and shows it to you, it is sinful to ignore the need while desiring someone else take care of it or hope it will just go away.   Maybe that need God sets before you is a test of your willingness to roll up your sleeves and get God’s stuff done even if it makes you feel uncomfortable or costs you something!​