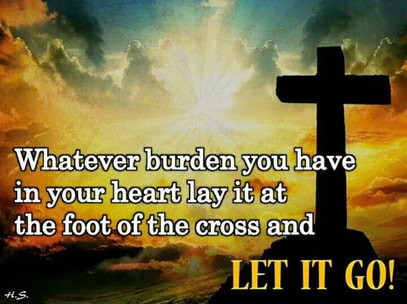 
“I read about an instant cake mix that was a big flop. The instructions said all you had to do was add water and bake. The company couldn't understand why it didn't sell -- until their research discovered that the buying public felt uneasy about a mix that required only water. Apparently people thought it was too easy. So the company altered the formula and changed the directions to call for adding an egg to the mix in addition to the water. The idea worked and sales jumped dramatically.
That story reminds me of how some people react to the plan of salvation. To them it sounds too easy and simple to be true, even though the Bible says, "By grace you have been saved through faith...; it is the gift of God, not of works" (Eph. 2:8-9). They feel that there is something more they must do, something they must add to God's "recipe" for salvation. They think they must perform good works to gain God's favor and earn eternal life. But the Bible is clear -- we are saved, "not by works of righteousness which we have done, but according to His mercy" (Titus 3:5).  Unlike the cake-mix manufacturer, God has not changed His "formula" to make salvation more marketable. The gospel we proclaim must be free of works, even though it may sound too easy.”  (R.W.D., “Daily Bread”, June 2, 1992).

I have encountered so many people who thought that making things right with God or accepting Christ was going to be difficult.  Almost all who did so confided in me later that it was so easy and wonderful after letting go of all those burdens they were carrying and just submitting to Jesus.  Compared to the load some people are carrying, salvation may be the most freeing thing they could ever do.  To unburden one’s self spiritually can bring such joy and peace, replacing years and years of guilt-inducing sin and regret.

Marian was only seventeen when she became pregnant.  The pregnancy was the result of a one-night stand with her prom date.  When Marian missed her period, she hid it from everyone.    The boyfriend who had gotten her pregnant never knew.  Her parents never knew.  Marian went to an older friend with her worries.  Later, she went with the same friend to an abortion clinic and ended the pregnancy.

Over the years, Marian’s hidden pregnancy and subsequent abortion complicated many things in her life.  Because of the abortion, Marian feared she might not get pregnant again.  That can happen in some cases.  Marian also worried about her parents and family finding out about the pregnancy and abortion, especially since her family was Roman Catholic.   When Marian dated in college, she was very concerned about becoming pregnant.  Despite taking the pill, she worried herself sick between periods.  After marriage to her college sweetheart, Marian hid her past from her husband.  She never told him about the abortion.  She also felt so guilty about the abortion that when she went to mass, she often felt worse afterward.  The guilt of her past weighed greatly on her heart and soul and mind.

Marian was involved in a wedding at our church.  She enjoyed the way I made the bride and groom’s wedding day special.  She loved our friendly banter at the wedding rehearsal and rehearsal dinner.  Two weeks after the wedding, Marian came in to see me. I thought she might be there to join the church.  After we spoke in my office for only a few minutes, I was shocked to learn about the load of shame Marian was carrying around due to the abortion.  We met together for counseling over several months.  During that time, we talked about her history, her guilt.  She told me everything.  She was tired of carrying such a burden.  She felt awful about lying to her husband and family.  One night, after a particularly difficult session, Marian said she had enough of the pain.  She asked what would help her to deal with it.  I told her that she had dealt with the pain enough.  It was time to let her past go to God and to ask for forgiveness and grace.

We went to the altar together and prayed.  I helped her ask for forgiveness.  I helped her find the words to say to God.  When we finished the prayer, she looked at me and quietly asked, “Is that it?  Am I forgiven?”
I responded:  “You do believe in Jesus right?”
“Yes, absolutely!” was her unabashed reply.
“You do believe he died on the cross for your sins, right?” I asked.
“Yes,” she said.
“Then, yes, your sins are forgiven in the name of Jesus Christ!” I said with a smile.
She looked at me and said, “Surely, I have to suffer more for my sin, right?”
I then looked her right in the eye and said, “Haven’t you suffered enough?   Let your sin stay in God’s hands.  It’s done.  No more guilt and shame.  No more carrying that burden.  Jesus’ death on that cross was more than enough to atone for your sin.   Out of love for Jesus, just let it go!”
She looked at me and said in a whisper, “Really?”
I whispered back, “Really!”
She clapped and jumped into my arms for a hug and said, “Thank you and thank Jesus!”
To that I had to say, “Amen!”

Months later, Marian visited me again.  She smiled more.  She seemed lighter on her feet.  She was happy again.  She told me later that she confessed everything to her husband.  He forgave her for hiding everything.  Marian is back to attending mass frequently.  She is a wonderful addition to her church.  She also has a passionate relationship with Jesus that rubs off on so many others.

So many people are burdened with sin and shame.  They do not understand how freeing it is to receive God’s grace.  God does not want us so burdened with fear and guilt and shame and regret that we cannot enjoy the power of God’s freeing Spirit.  Then again, many people like Marian have discovered what Jesus meant by “the truth shall set you free” (John 8:32).  They have learned how much lighter the heart can be after forgiveness and grace.  Jesus taught His disciples in Matthew 11:30 that His “yoke is easy” and His “burden is light”.  This does not mean that everything in your spiritual life will come up roses or be uncomplicated.  It means that when it comes to true faith, life becomes less complicated when you make things right with God.  When your sins are forgiven and you are walking down the right paths, there are so many burdens that you can give over to God.  You don’t have to make all the decisions.  You just have to obey God.  Let God handle the big picture.  You just hold Jesus’ hand and follow in His footsteps.

Too many Christians want to overcomplicate what it means to be faithful.  However, faithfulness means just following in Jesus’ footsteps.  Sometimes, it is better to follow Jesus with the innocence of a child instead of complicating it with all the questioning and rationalizations of an adult.  Is it any surprise that in Luke 18:17, Jesus taught that the only way to enter heaven is to receive the Kingdom of God “like a child”?  Don’t overcomplicate your relationship with Jesus.   Being faithful can be easy when you let it!
​
Remember, its incredibly hard to be a liar. You have to remember the lies, who you told them to, how you embellished them, and why you did it. Then, you have to keep those you lied to from comparing notes and discovering the facts.  The truth does set you free from a lot of burdens!

Are you overcomplicating some things in your spiritual life? Are you quick to be honest with Jesus?  Are you weighed down by a series of past mistakes or sins?   Jesus died on the cross for you.  How about letting His sacrifice ease some of your burdens?