Thousands of Christians Suffering at Hands of Isis in Mozambique 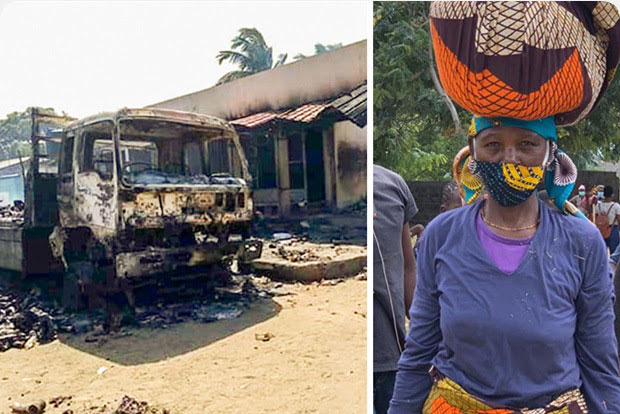 September 2020:   Elisa arrived home just in time to see Islamists murder her father and her husband, who was a pastor. Her uncle had already been beheaded. Grief-stricken and fearing for their lives, Elisa and 18 members of her family headed south, joining more than 200,000 others fleeing the Islamists’ advance.

Though Islamic insurgents have been active in northern Mozambique for the past three years, this year the group — which has pledged allegiance to the self-proclaimed Islamic State (ISIS) — has launched repeated, devastating attacks. The thousands displaced by these attacks have fled to other parts of the country where conditions are crowded and resources are stretched. Front-line workers have reported the burning and destruction of churches, schools, clinics and police stations.

Al-Shabab, which differs from the group of the same name that is active in Somalia, is advancing in northern Mozambique, attacking and killing Christians and others.
​
(Voice of the Martyrs)