“For consider Him [Jesus] who endured such hostility from sinners against Himself, so that you won’t grow weary and lose heart.” (Hebrews 12:3, HCSB) 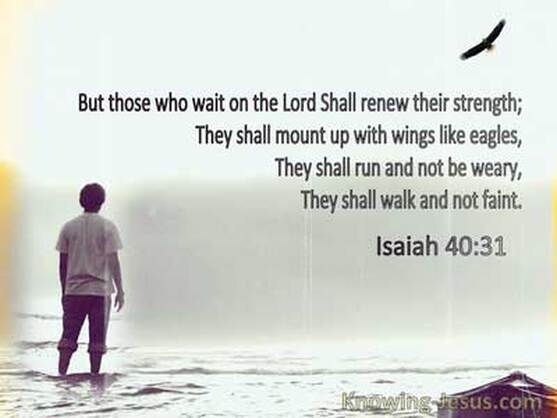 While in the hospital for spinal damage, I was given a pain killer.  What the doctors in that hospital did not know was that the I was allergic to the pain medicine they gave me.  I have a rare genetic condition in which my genes force my body to use this pain medicine inappropriately.  When I was administered the pain medicine, my pain level tripled.   I laid in the hospital bed crying out.  There was nothing they could do until the medicine wore off.  I spent so many hours in pain, weeping and whimpering, that I was hoarse and weak.  The minutes seemed to last for hours.  The hours seemed to last for weeks.  While suffering, I thought about Jesus on the cross.  I wondered if His pain while being crucified was like my pain.  I prayed to Him for help, knowing that if anyone in the universe understood my pain, it was my Lord Jesus.  My faith in Him gave me strength to overcome a time of terrible suffering.

In his book, Pastoral Grit: the Strength to Stand and to Stay (Bethany), Craig Brian Larson writes:  "In 1972, NASA launched the exploratory space probe Pioneer 10. According to Leon Jaroff in Time, the satellite's primary mission was to reach Jupiter, photograph the planet and its moons, and beam data to earth about Jupiter's magnetic field, radiation belts, and atmosphere. Scientists regarded this as a bold plan, for at that time no earth satellite had ever gone beyond Mars, and they feared the asteroid belt would destroy the satellite before it could reach its target.
"But Pioneer 10 accomplished its mission and much, much more. Swinging past the giant planet in November 1973, Jupiter's immense gravity hurled Pioneer 10 at a higher rate of speed toward the edge of the solar system. At one billion miles from the sun, Pioneer 10 passed Saturn. At some two billion miles, it hurtled past Uranus; Neptune at nearly three billion miles; Pluto at almost four billion miles. By 1997, twenty-five years after its launch, Pioneer 10 was more than six billion miles from the sun.
"And despite that immense distance, Pioneer 10 continued to beam back radio signals to scientists on Earth. 'Perhaps most remarkable,' writes Jaroff, 'those signals emanate from an 8-watt transmitter, which radiates about as much power as a bedroom night light and takes more than nine hours to reach Earth.'
"The Little Satellite That Could was not qualified to do what it did. Engineers designed Pioneer 10 with a useful life of just three years. But it kept going and going. By simple longevity, its tiny 8-watt transmitter radio accomplished more than anyone thought possible.
"So it is when we offer ourselves to serve the Lord. God can work even through someone with 8-watt abilities. God cannot work, however, through someone who quits."         -Philippians 3:12-14   Hebrews 12:1   Mark 10:45- (Craig Brian Larson, Pastoral Grit:  The Strength to Stand and Stay)

When pain or weakness or obstacles threaten to shake you up, lean on the strength of God.  Don’t quit.  Don’t give up.  When God wants you to do something, you can accomplish it!  It may not be easy.  It may not be painless.  Don’t lose heart when God wants you to remain steadfast.  Small examples of steadfast faith in spite of big challenges make for huge accomplishments and result in much inspiration!

When the Biblical book of Hebrews was written, Jesus had only been crucified and resurrected some seventy years previous.  Those seventy years after Jesus’ death and resurrection were filled with suffering for many Christians.  The Jews stoned Christians.  The Romans crucified them and murdered them in public exhibitions.  Tradition says Peter was crucified upside-down!   In special public displays, Christians were thrown to the lions or publicly humiliated.  Through it all, many Christians grew bolder and more faithful, more determined, and steadfastly followed Jesus.  As these Christians suffered, they looked to Jesus’ life for reassurance and strength.  The scripture for today from Hebrews 12:3 captures this with the words, “consider Jesus, who endured such hostility from sinners…. so you won’t grow weary and lose heart”.   This verse of the Bible reminded the faithful to lean on Jesus when times were difficult.  They were not to grow weary.  They were not to lose their courage or “lose heart”.  They needed to remain spiritually strong, leaning upon the example of Jesus.

When you endure some difficulty or hostility, don’t forget that you too can lean upon Jesus.  Don’t let the world drag you down or cause you to be cynical.  Don’t let the meanness of people destroy your peace or faith.  Even when Christian brothers and sisters treat you poorly, don’t let it shake you.  Remain faithful not because it is easy, but because Jesus did it first.  Let your faith remain unshaken out of love for Jesus who endured the cross for you.
​
Little acts of faithfulness during extremely troubled times can become great sources of hope later in your life or the lives of others.  Keeping faith when others would give up on Jesus will help you grow a bold courage that will inspire others.  That is, if you do not grow weary and lose heart….
click here to See june Daily Meditations