Does your past haunt you? 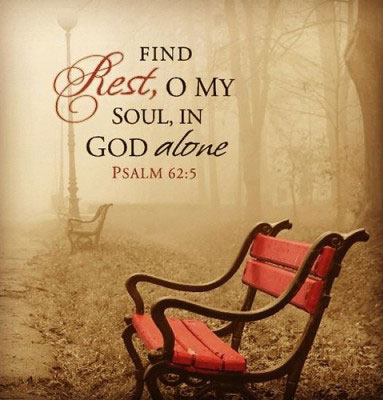 “For those who follow godly paths will rest in peace when they die.” (Isaiah 57:2, NLT)
​
““But those who still reject me are like the restless sea, which is never still but continually churns up mud and dirt.” (Isaiah 57:20, NLT)


I remember learning how to play a guitar. My big sister played the guitar so easily, so I wanted to play just as well.  On TV and when listening to the radio, I saw the way people played the guitar.  It seemed like a great thing to learn.  However, I was not gifted with much musical ability.  I cannot carry a tune.  I can hear when another person is singing off-key but cannot tell when I am!   Also, I just wasn’t willing to spend the hours and hours learning how to play keys on the guitar.  On a nice day during summer, why play a guitar tethered to a chair when I could be out playing baseball or tennis?!!!   I only desired to be a guitarist for two years.   It’s a shame, though.  I love it when a friend plays the guitar for a sing-a-long!

Max Lucado felt the same way about learning to play the piano.  He, too, thought it would be a great instrument to master.  He daydreamed about playing for an entire congregation.  Years later, he wrote this…
“When I was ten years old, my mother enrolled me in piano lessons.… Spending thirty minutes every afternoon tethered to a piano bench was a torture.…
Some of the music, though, I learned to enjoy. I hammered the staccatos. I belabored the crescendos.… But there was one instruction in the music I could never obey to my teacher’s satisfaction. The rest. The zigzagged command to do nothing. What sense does that make? Why sit at the piano and pause when you can pound?
“Because,” my teacher patiently explained, “music is always sweeter after a rest.”
It didn’t make sense to me at age ten. But now, a few decades later, the words ring with wisdom—divine wisdom.” (Grace for the Moment, p. 282)

Max Lucado and I shared a common problem among budding musicians.  We had a hard time with rests.  He wanted to pound the piano through the rests, ignoring their purpose.  I wanted to play outside and not to rest between beats on the guitar!   When you are young, rest time seems like a break from fun time.  It feels like a waste of playing time.  As one grows older, the value of rest becomes abundantly clear.  God made rest for a reason!

In the scripture for today, we see two opposite individuals and their outcomes.  In Isaiah 57:2, the godly person knows godly rest.  This person also will die, resting in peace.  Several other verses in the Bible describe the righteous as those who rest at night peacefully, because mind and body are perfectly attuned with Almighty God.   However, Isaiah 57:20 describes those who reject God as resembling “a restless sea”.  As a sea that is tossed and storm-swept is “churned up with mud and dirt”, so are the heart and soul of those who have rejected to follow God’s ways.   The contrast is stark.  Those who follow God seem to find rest in life.  Those who wander away from God can’t seem to attain that perfect rest.  They cannot feel calmed, they roil in their beds at night, they worry away the hours, they cannot secure peace.

When four Christian friends gathered at the coffee shop for a “Girls’ Day Out”, Bethany turned to Kristen and said, “Wow!  You look exhausted!  Are you sick?”   Kristen then explained that her husband had been having sleepless nights.  He often tossed and turned and would even cry out in his sleep.  The women did all they could to comfort Kristen in her sleep-deprived misery.  However, Amelia spoke up with a caution, “Are you sure that something isn’t bothering your husband, keeping him up all night?”

This statement so bothered Kristen that she endeavored to find out.  After a series of conversations, Kristen got her husband to set up a getaway at a spa an hour away from home.  They were scheduled to spend the weekend together being pampered.  There, she hoped, her husband would be able to tell her more about the sleepless nights.

During their weekend away, Kristen at first feared her husband might be having an affair.  He often looked off in the distance or would lose track of the conversation.  He also withheld from sex.  This was unusual for her husband.  Finally, on the drive back home, Kristen blurted out, “You are having an affair, aren’t you?”   Her husband was shocked and dumbfounded.  Only then did he let out that the reason for his distance and poor sleep was a situation at work that bothered him greatly.  He was being forced by his boss to lie on daily record sheets that were part of the cost control measures laid out by the management.  He didn’t know how long he could continue to lie to upper management to cover his boss’ screw-ups.  Relieved at his not having an affair, Kristen helped him work through what to do.  In the end, her husband left his job.   Thereafter, he slept like a baby every night.

Lying, cheating, stealing, and any other form of sin can eat away at your peace.  It can disturb your rest.  Wandering away from God and facing the world without a Savior can result in worry and fear.  You will not have Almighty God to watch over you.  Satan will pursue you.  Decisions that can affect your life with serious consequences will loom large.   Sin can take root in your life, manipulating your decisions and bringing guilt to your sleep.   Whenever you find yourself having to make choices, choose the godly way.  Keep close to your Savior.

I have seen those who had their past “continually churned up” (Isaiah 57:20).  I know those who made such a mess of life that they were mired in the mud and dirt of life.  They couldn’t get away from their mistakes.   I have also known those who gave up a life of sin and shame to follow God.  You could see a gentleness come over their countenance and contentedness take over their thoughts.  The closer they grew with God, the more they felt at peace in the soul and their mind found eternal rest.   You don’t have to be dead to rest in peace.

Revelation 14:11 describes those who follow the evil beast to ultimate doom using these words:  “the smoke of their torment goes up for ever and ever; and they have no rest, day or night”.   Psalm 116:6-7 describes a man who returned to following God.  He is described as one whose soul can finally return to a peaceful, restful state.   Which type of person are you?  Are you one whose soul rests comfortably in the Lord?   Is there something that is stealing your holy rest time?  Is there something hidden in your fears or your past that dredges up the dirt of a mistake and coopts your restful soul?
​
God desires you to know what good godly rest feels like.  God wants to bring a peace to your soul.  Don’t let anyone or anything steal that from you!​