Does Hell Even Exist? 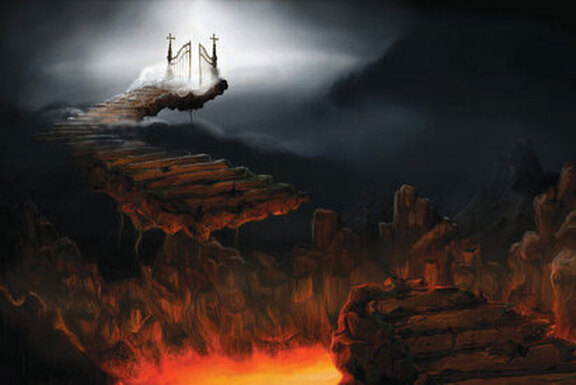 “I tell you, my friends, do not fear those who kill the body, and after that have nothing more that they can do. But I will warn you whom to fear: fear him who, after he has killed, has authority to cast into hell. Yes, I tell you, fear him!” (Luke 12:4–5, ESV)


In a day filled with preaching, Jesus also spent extra time teaching his disciples the finer points of true faith.  In the scripture above, Jesus warned the disciples that those who “kill the body” cannot affect you in eternal life.   There is “nothing more that they can do to you” (Luke 12:4).  However, Jesus made very clear in the next verse that the one to fear in this life is the God who “has authority to cast you into hell” (Luke 12:5).  The Greek word for hell used in this verse (“Gehenna”) was considered a place of eternal punishment, a place where you suffer for all eternity.  It was a terrible place, an evil place.  No rational being would ever desire to go to a place like hell.

Since Jesus spoke these words about hell, many groups have sought to downplay hell’s existence.  Some religious groups, even Christian groups, deny hell or eternal punishment for those who have done evil.  Mary Baker Eddy, who founded the Christian Science movement said that heaven and hell are “states of thought and not places.  People experience their own heaven or hell right here on earth.”  Most Mormons agree with some of the teachings of John Smith that hell is a “false doctrine” and not real.  Eckankar, a New Age religion, teaches that there is no eternal hell.  The Rosicrucians stated emphatically that “the Christian religion did not originally contain any dogmas about Hell.”  Unitarian Universalists also deny the existence of hell or any type of eternal punishment.  Some even advocate that the worst sinners in the world will be redeemed in the end and not need any salvation from any hell.   All of these groups and many, many more deny any form of future hell.  They also tend not to believe in demons or devils or evil spirits.  Even though Jesus clearly spoke about hell in the scripture for today, these groups ignore hell’s very existence.    (For more information on these groups and many more, see To Hell and Back, by Maurice S. Rawlings, pp. 81-83).

Many Bible passages taught about hell using a variety of words like Gehenna, Sheol, Hades, and more.  Hell was seen as a place of torment ruled by evil spirits, chief among them being Satan.  In various scriptures, Jesus encountered Satan and evil spirits.  Jesus understood Satan to be a fallen angel who was in direct opposition to God.  He also knew Satan to be a liar and the “father of lies” (John 8:44).  Jesus made it a point not only to cast out evil spirits through the form of exorcism, but He also taught his disciples to do the same.  Jesus thus admits to the existence of hell and Satan and evil.  Why would anyone deny hell or not fear it?

In a surprising twist, I found out that our National Institutes of Health have been studying Near-death Experiences.  Sometimes when a person dies on an operating table or a person’s heart stops beating, they are transported to places like heaven and hell.   When they are revived, they come back alive and tell elaborate stories about visiting these places.   While you often may read about those who have been brought back from death and experienced Heavenly visions, there are also people who experience versions of Hell.  Movies like to portray the heavenly, joyful, and lovely views of eternal life viewed by some.  They avoid the visions of hell that some have experienced and never want repeated.

In an article by Nancy Evans Bush and Bruce Greyson from 2014 found on the National Institutes of Health web site, they report some of their findings about near death experiences.  They describe the people and their visions of heaven and pleasant views.  However, they also found that some people have experienced “distressing Near Death Experiences”, including one simply named “hellish”.  That article described one atheistic professor who died during an intestinal rupture.  When he was revived, he recalled that when his heart stopped, he was transported to a place where he was “maliciously pinched, then torn apart by malevolent beings.”  A woman whose heart stopped from a ruptured Fallopian tube reported her Near Death Experience where “horrific beings with gray gelatinous appendages were gasping and clawing at me.    The sounds of their guttural moaning and indescribable stench still remain after 41 years later.”  A woman who committed suicide but who was revived wrote that she felt her body sliding downward into a cold, dark, watery environment where she “heard cries, wails, moans, and the gnashing of teeth.”  She saw human-shaped beings there who were ugly and grotesque.  Everyone was in agony.  (https://www.ncbi.nlm.nih.gov/pmc/articles/PMC6173534/).  How would you like to visit these places for all eternity?  It sounds like Hell to me.

To not deal with the possibility of going to a hell, many well-meaning people have decided to just lie about the existence of Hell altogether.  I overheard one person remark to another that people shouldn’t have to live in fear of a place like hell.  This person advocated that nobody be allowed to talk or preach or speak about such a thing.  Isn’t this exactly opposite of Jesus’ position?  Jesus wanted people to know about Heaven and Hell.  He wanted desperately for people to follow God’s will and choose to go to Heaven.  He warned people constantly of the consequences of doing evil or following sin.  He never wished anyone to go to hell.

The world may want to deny the existence of heaven and or hell.  It also desires to ignore any mention of a Savior who can rescue your soul.  I share the same opinion as Jesus.  People need to know about Heaven and Hell.  They need to know that a true faith in Jesus is a clear path to Heaven.  Jesus even said, “I am the way, the truth, and the life.  No one comes to the Father but by me” (John 14:6).  However, people also need to be warned that Hell and evil are real.  They need to be warned about evil spirits and the lies of Satan.   They need to make wise choices in this life, lest their future be in jeopardy.

My heart was broken when I overheard a mother tell her child following a nightmare:   “Don’t worry honey, someday you’ll go to heaven but you’ll never go to hell. I won’t let them take you there.”   I hate to say it, but, that mother is lying to her child.  She can in no way prevent her child from a future in heaven or hell.  God alone makes those decisions.  However, if she does not teach her child about God in Christ, that child may find out what hell is like in the future, despite her good intentions.
​
Do you rest completely in the good graces of God?  Do you believe in Jesus’ promises for eternal life in Heaven?   Make sure you do your best to not only know about Hell, but to do all you can to make sure others do not end up there. ​