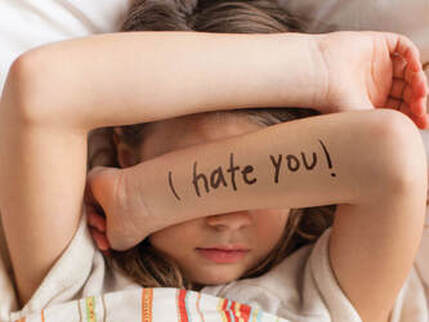 “All bitterness, and rage, and wrath, and clamor, and abusive speech, must be removed from you, together with all wickedness.” (Ephesians 4:31, LEB)


Anger takes many forms.  Sometimes, it comes out with the silent treatment, while at other times there is loud shouting.   It may break out as a form of bitterness, with cutting words and sneers.  Anger may come in the form of cussing or name-calling.  Sometimes, anger is used in the forms of abuse, bullying, or abusive language.

In Ephesians chapter 4, the Apostle Paul discusses faith-issues relating to inter-personal conversations and actions.  He urges the faithful to speak the truth (Ephesians 4:25).  They are to be meek and patient (Ephesians 4:2).  They need to bear with one another and not create dissentions (Ephesians 4:2-7). They are to do “honest work” (Ephesians 4:28). They are to keep a control of lusts and fleshly thoughts (Ephesians 4:21-24).  In the scripture for today, Paul continued this explanation of faithful conversations and actions, focusing on hatred and anger.  He urged the faithful to refrain not only from “wickedness” or evil, but also to keep "bitterness, rage, wrath, clamor, and abusive speech" from conversations (Ephesians 4:31).  All these negative emotions are related to anger.  Anger over a long period of time produces bitterness.  Bitterness grows when your anger is allowed to fester.  It then can come out in bouts of rage or wrath.  Anger that is left to stew for a long time can also lead to abuse and “abusive speech”.  Each of these forms of anger do not belong in a Christian heart.  That is why in Ephesians 4:26, Paul urges the faithful to be angry if they must, but only for a short time. Maybe, less than one day!

Doug Nichols served as a missionary in India during the 1960’s.  Though spending hours trying to pass out religious tracts on the streets, very few people responded to his work.  Then, in 1967, he contracted Tuberculosis.   While staying in a hospital specially designed for Tuberculosis patients, Nichols would wake up at night and cough as his lungs struggled to acquire enough air to breathe.  On one particular night, as he was coughing, he noticed a man on the side of his bed leaning forward and falling back.  The man did this for a good fifteen minutes, then rolled over on his back and cried himself back to sleep.

The next morning, when Nichols awoke, there was a terrible stench in the hospital ward.  Upon smelling it, he realized that the man who had been on the side of his bed the night before had been trying to get to the bathroom but was too weak from Tuberculosis to get out of his bed.  Upon waking to the awful smell, many of the other patients became very angry.  They yelled at the man.  They cursed him.  Orderlies treated him roughly as they cleaned up the mess around his bed.  One nurse even slapped him.  When the hospital staff walked away, the man laid back down on his bed, covered his head with his pillow, and sobbed.

Nichols described what happened next to “World” magazine in the March 12, 1994 edition…

“The next night, I again awoke coughing. I noticed the man across the aisle sit up to again try to make his way to the washroom. However, still being so weak, he fell back whimpering as the night before. I was sick myself but before I realized what had happened, not knowing why I did it, I got out of my bed and went over to the old man. As I reached down and touched his shoulder, his eyes opened with a fearful questioning look. I simply smiled, put my arm under his head and neck, and my other arm under his legs, and picked him up.

Even though I was sick and weak, I was certainly stronger than he was. He was extremely light because of his old age and advanced TB. I walked down the hall to the washroom, which was really just a smelly, filthy small room with a hole in the floor. I stood behind him with my arms under his arms, holding him so he could take care of himself. After he finished, I picked him up and carried him back to his bed. As I began to lay him down, with my head next to his, he kissed me on the cheek, smiled, and said something which I suppose was “thank you.”

It was amazing what happened the next morning. One of the other patients whom I didn’t know woke me around 4:00 with a steaming cup of delicious Indian tea. He then made motions with his hands (he knew no English) indicating he wanted a tract. As the sun came up, some of the other patients began to approach, motioning that they would also like one of the booklets I had tried to distribute before. Throughout the day people came to me, asking for the Gospel booklets. This included the nurses, the hospital interns, the doctors, until everybody in the hospital had a tract, booklet, or Gospel of John. Over the next few days, several indicated they trusted Christ as Savior as a result of reading the Good News!”


In this beautiful story about sharing the gospel in an Indian hospital, Nichols beautifully portrayed how anger stifled the love in that ward.  His gift of love and mercy, coupled with a rejection of anger, opened the doors to many beautiful changes in the souls around him.

Anger has a way of driving wedges between people.  When it stays around too long, it festers and grows until bitterness, wrath, rage, and abusive language take over.    As a follower of Jesus, you need to find ways to mitigate your anger and increase your love.  You need to monitor your feelings, work through any issues, and seek the healing of God for any anger you possess.  ANY ANGER YOU POSSESS!
​
Do you tend to hold onto your anger a little longer than spiritually healthy?  Do you not realize the damage to the heart, body, and soul of an anger that festers too long?   Even when you are right, even when you have been wronged, an anger that lasts for too long will eat YOU up from the inside out.  Anger that festers is a poison best left to God to handle.
​