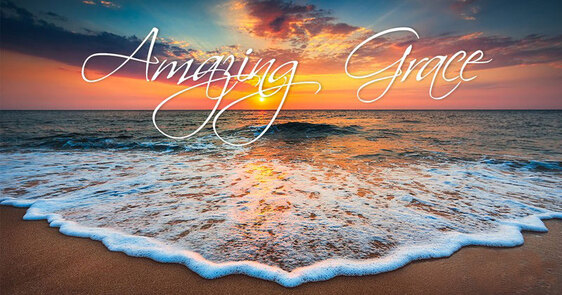 “So let us come boldly to the throne of our gracious God. There we will receive his mercy, and we will find grace to help us when we need it most.” (Hebrews 4:16, NLT)


Grace is defined as help given that is unmerited or undeserved.  When God gives you grace, it may come in the form of forgiveness or mercy or love or a blessing.   Grace isn’t something you earn.  It isn’t something you deserve based on your hard work or some form of penance.    It is simply a gift given by God or another to enhance the life of someone in need of that gift.

At some point in your life, you will need grace.  You will need someone to forgive you, help you, redeem you, vouch for you, or grant you mercy.  This may occur after you screwed up, failed at some work, or caused someone pain.   Grace may be needed after you sin against God or fail God in some way.

I have met many people who had this notion that the longer you were a Christian, the more you had access to grace or forgiveness.  Others claimed to feel that a faithful churchgoer deserves more grace than a habitual sinner.  Both of these groups of people had grace all wrong.  Grace is UNDESERVED.  It is not earned.  It is not given to a person because of merit or depth of character or age or color of skin or other outside factors.  Grace is something given without justification.  It is a gift based entirely on the generosity of the giver.   You can’t buy or attain grace.  You can’t demand it.  You can’t expect it.  It is unmerited.  It is never deserved.   It is a gift.  Often, it is a wonderful and beautiful gift of love.

At a courtroom in Nebraska, a trial took place.  A young woman was on trial for manslaughter after drinking and driving.  While on her way home from a bar drunk, the young woman had plowed into another car at a stop sign.   The car that was hit held a twenty-two-year-old who was pregnant with her first child.   The pregnant woman and her fetus died at the scene.  The drunk young woman was taken into custody.  Her name was plastered throughout local news.  People called her “the drunk baby-killer”.  Threats and recriminations were sent her way.  At the trial, closely monitored by the media, the young woman was found guilty.   When given the chance to speak, the young woman explained her regret and sadness at what happened.  Then, the judge asked the family of the victims to speak.  Everyone in the courtroom braced for anger or hatred or some other harsh words because of the situation.  The mother of the pregnant woman who died stood up and said only a few words.  Then, she ended her speech with these words:  “I forgive you, young lady.  I hope someday you can find it in your heart to forgive yourself.   My daughter’s life cannot come back to us.   That will forever haunt me.  But, because I believe in Jesus with my whole heart, I still forgive you.”

The scripture for today is a shining example of the hope that God gives to all those who have messed up.  No matter the situation, Hebrews 4:16 encourages the person who has messed up in life to “come boldly to the throne of our gracious God.”  While there, the sinner (YOU!) is reminded that God is a great source of mercy.  There at the throne of God, you can find “grace when you need it most.”  When your choices have been poor, when sin got the best of you, when temptations steamrolled over you, when your mistake caused awful consequences, God is the ultimate source of grace.  Don’t be afraid to come to God’s throne asking for grace whenever you “need it the most”.

I have seen people who lived with terrible burdens caused by their own mistakes.  I have witnessed the anguish of those who messed up.  One young man lives with the knowledge that his own decision caused the death of a parent.   A wife has to bear the burden of an affair she regrets to this day.  A mistake at work has haunted one man.  He lives with the knowledge that his mistake caused another worker to be disabled for life.   A fire was caused by an older woman who fell asleep while smoking.  That fire killed her grandson.   One older woman driving too quickly in unsafe conditions caused an accident.  The accident paralyzed one teen and killed his best friend.  Each of these people live with terrible burdens from the past.  Their only option is to come to the throne of God seeking grace and mercy and forgiveness and some lasting peace.

There are some things in life that you can’t undo.  Some things cannot be made right no matter how hard you try.   Sometimes, the only remedy for lasting peace in this world is grace; grace given by people who exhibit amazing love; grace given by God that is undeserved but so very much needed.    Don’t overlook the power of grace you can offer to another.  And don’t forget that God is the ultimate giver of grace.

​ When things seem unfixable, when the burden is overwhelming, when everything looks bleak, seek out the grace of God.   There is always hope at the throne of the Almighty AND room for you there!