The Danger of Being Successful... 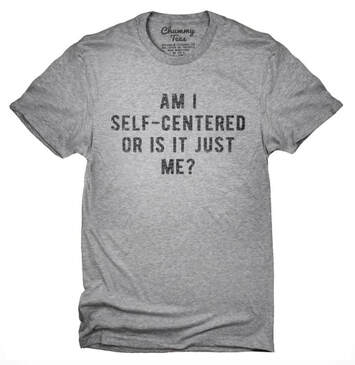 “Early the next morning Samuel went to find Saul. Someone told him, “Saul went to the town of Carmel to set up a monument to himself; then he went on to Gilgal.”” (1 Samuel 15:12, NLT)

It was at Carmel that King Saul celebrated his victory over the Amalekites.  It was a huge victory.  To celebrate the battle won, Saul “went down to the town of Carmel to set up a monument to himself” (1 Samuel 15:12).  The monument was to congratulate himself for the great victory.  But Saul knew that the victory was foretold and assured by God.  Still, Saul did not set up a monument to God, he set up a great monument to himself.  He made himself the center of the victorious celebration.   It was a show of pride.  Saul took credit for God’s work.  It was just one more example of why God “was sorry” that HE had made Saul King.  In fact, in the very moment Saul was celebrating his victory, God spoke these very words to the prophet Samuel: “I am sorry that I ever made Saul king, for he has not been loyal to me and has refused to obey my command” (1 Samuel 15:11).

I find it interesting that Saul was at the height of his great achievements.  He was victorious.  He was a winner.  He was esteemed among the people.   At this very moment, Saul’s pride and lack of obedience shone brightly.   Rather than humbly admit that God had assured the victory to protect the people of Israel, Saul proclaimed his own great abilities in battle for all the country to witness.   What came next was nothing short of terrible for King Saul.  Saul lost God’s blessing.  He no longer was given direction by God.  He sought out a witch to foretell his future.  He tried to murder David.  He attacked the wrong people.  The people resented him.   In the end, he even witnessed the death of his sons in a battle God never gave him the capacity to win.  Saul then died knowing he had failed God completely.

On the day when Saul acquired his greatest achievement, he began a downslide to self-destruction.  By rejecting God’s authority and God’s blessing, he doomed himself and many in his armies.  His faith never recovered.  His family was never united.  His joy was turned to sorrow.

So many people do not understand that pride and riches and victories can bring out the worst in people.  It can expose their selfish ways, their pettiness, their self-absorbed world view, their lusts, their faithlessness.   So many people strive in life to win at something, to succeed, to grow rich.  Along the way, they don’t realize that their success may be the very thing that wrecks them.  Their lack of faith is the problem.  Their inability to respect and obey God’s Word will doom them and those they love.

John was said to be born with a silver spoon in his mouth.  This old saying means that good things seemed to just come so very easily to John.  He was born to a multi-millionaire who was well-respected for his business acumen. Growing up, he not only had it everything he wanted, but he also seemed to succeed at everything he did.  He was the class president his senior year of high school.  He was prom king. He was all-conference in sports. He was sought out by all the girls in high school.  College was no different.  John went to the wealthiest of schools, Harvard.  There, he continued his string of successes. After graduation, he was offered a position with his father’s business.  Along the way, John became entirely self-absorbed.   He had it too easy.  Success at life came without any effort.  John developed a drug problem, and by age twenty was already taking cocaine frequently.  Not long after, he began to mix the drug with alcohol for greater effect.  John also did not appreciate his own good looks.  He dated many women, taking most to bed with him.  Many women wanted to be with him.  They knew he would succeed.  They knew he was rich.  They threw themselves at him.   John took total advantage.

Today, John is a pariah.  He is not respected whatsoever in his hometown.  The hundreds of women he loved and left hate him for it.  John lives in a wealthy estate outside of town with a high wall surrounding it.  He still works for his father.  He still uses drugs and alcohol.  His life is full of downward spirals.  John doesn’t care.  He lives his life for the moment.  He doesn’t care that most everyone in his own town cannot stand the sight of him, nor his haughty attitude, nor his dirty millions of dollars in trust funds.   I have a prediction.  Unless John gives himself totally over to God, he will wreck everything he touches.  His own pride will continue to strangle the very joy out of his life.

Success and victory and so much more can bring out the worst in people.  These accomplishments can destroy one’s faith.  In the very moments successful people are celebrating, God may be sorry that they are so blessed.  Why?  Their own success has taken them away from God’s presence.  They are now self-absorbed and consumed with desire for earthly rewards.    Many in the Bible suffered such a fate after success.  King David’s son, Absalom, died this very way.   This occurred to Haman in the days of Queen Esther.  If you think you are immune to success, be careful.  Achievements and wealth and acclaim can destroy even the best.

The Bible is clear that “pride goeth before destruction” (Proverbs 16:18).  Pride kills faith.  Selfishness often causes the loss of righteousness.  Disobedience accomplished after a great success can cause God to be sorry a person was even blessed.    Saul’s victory and subsequent spiritual fall should serve as a warning to you that success and wealth and blessings can easily come between you and your God.   When you have great achievements, the best that you can do is….
Give God the glory.
Continue to follow the Word of God.
Be humble in the face of accolades.
Be faithful in your response to victory.
Get closer to God the more success comes your way.
Don’t let earthly riches come between you and doing right.
Don’t let your successes choke off your faith.
Never stop being obedient to God.