Are you consumed by worry? 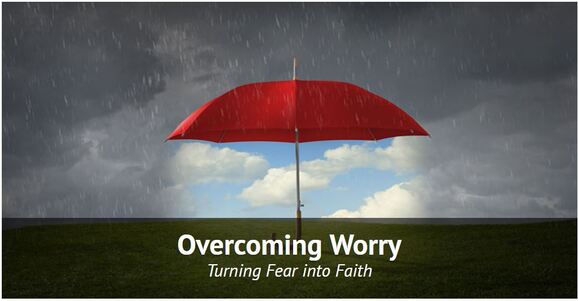 “But blessed are those who trust in the LORD and have made the LORD their hope and confidence. They are like trees planted along a riverbank, with roots that reach deep into the water. Such trees are not bothered by the heat or worried by long months of drought. Their leaves stay green, and they never stop producing fruit.” (Jeremiah 17:7–8, NLT)


I find it interesting that Christians don’t understand the connection between worry and fear and anxiety and the lack of faith.  An atheist doesn’t believe in God, because they “can’t see God”.  Though this is a matter of faith and of understanding, Christians look at atheists and think to themselves, “How can you NOT see evidence of God?  It’s all around us!”  And yet, those same Christians who can’t understand the lack of faith by an atheist will turn right around and lack faith in God themselves in another way!  How?  By being consumed in worry and fear and anxiety.  If you believe in God with your whole heart, there are hundreds of scriptures that point to God’s providence, God’s care and protection, and God’s love and assurance.  It is a lack of faith by Christians that they get mired in fear and worry and insecurities.

In the daily meditational, Grace for the Moment, the author includes the following insight into this matter:

Honestly, now. Did God save you so you would fret? Would he teach you to walk just to watch you fall? Would he be nailed to the cross for your sins and then disregard your prayers? Come on. Is Scripture teasing us when it reads, “He has put his angels in charge of you to watch over you wherever you go”? (Ps. 91:11).

Why do Christians fret and fume and worry about a thousand things if God is in control?   Instead of focusing your attention on worry while growing anxious in doing so, let your heart and soul and mind rest in the Lord while you work on the problems around you.   How can worry and anxiety help the Christian?  Do they not mostly serve to undermine your trust in God and fill you with insecurities?

While studying the history of Rome during World War 2, I found story after story about the hardships suffered during the war.   The German leadership was constantly at odds with city leadership and the pope.   There were raids and tribunals.  People were shot on sight for any sign of subversion or sabotage or collaboration with Britain or America.   Food and electricity were infrequent commodities.  Bombing and shelling were indiscriminate killers.  There was the constant threat of intimidation, incarceration, torture, or death.   War was a constant source of disillusionment and hardship.   Despite all these terrible times, many Christians wrote about some of their most fond memories occurring during the war.  They had memories of sharing food, huddling close together to celebrate Christmas, helping one another through trauma, and worshipping together despite raids and threats and damage and shelling.  I found it very interesting that, looking back, these people were not incapacitated by worry and fear.  Instead, being filled with the love of Christ, they were motivated to TRUST MORE in God’s grace and WORK TOGETHER to overcome the hardships.

Our scripture for today from the prophet Jeremiah came at a critical time in the history of Judah.  War was upon them.  Threats of invasion were ever-present.   Despite all the anxiety of the times, Jeremiah wrote that the faithful who “have made the Lord their hope and confidence” are “blessed” (Jeremiah 17:7).  Because of their faith AND because of their lack of anxiety, the faithful resembled “trees planted along a riverbank”.  They “are not bothered by the heat or worried by long months of drought.   Their leaves stay green, and they never stop producing fruit.” (Jeremiah 17:8).  Essentially, these faithful people in the time of Jeremiah set aside their worry and fear in order to trust in the grace of God.  While surrounded by political tumult and military threats, they simply put their trust in the Lord.  They were convinced that God would be present and powerful.

The world is full of naysayers and warmongers and fear-dispensers.  They “pedal” their worry and fear.  They make money off the misery of others.  They enjoy it when people are motivated by worry or become unsettled with fear.   It makes people easier to control!   Political entities use fearmongering and exaggerate threats to manipulate the masses and increase tax revenue.  The media overblows or even fabricates stories to sell headlines.   It’s all too easy to get caught up in the emotions and motivated by the false narratives.   You may be convinced to replace trust in God with fear for tomorrow.  Don’t do it!

Your God is master of all!  HE created the world and understands so much more of the ways of this world.  HE can see the spiritual warring and is not swayed by human maneuvering.   God is able to see through the smoke and mirrors to a real understanding of lies and truth.   Scripture is there to bring you encouragement.  The Holy Spirit is around you in this moment to bring comfort and assurance.   Jesus is your Savior and Redeemer.  Heaven is your future hope.   God’s angels watch over you even now.   Why be paralyzed by fear and worry and insecurities?  Do you not absolutely put your trust in God?

If you find yourself mired in worry, place your trust in God and find comfort in prayer.  Then, let go of your insecurities and get to the tasks God sets before you.  Anxiety never solved any problem.  Worry won’t empower but only drain you.  God is your strength.  Lean on HIM.  Trust in HIS power.