Are Demonic Forces Influencing You? 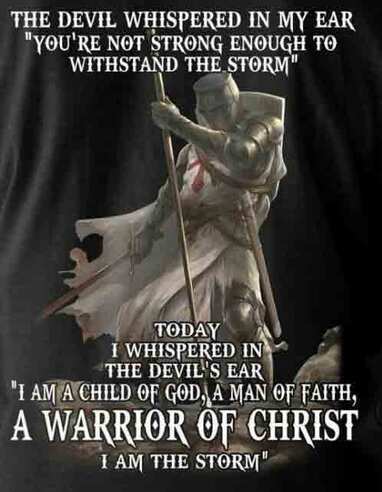 “Night and day among the tombs and on the mountains he was always crying out and cutting himself with stones.” (Mark 5:5, ESV) ​

In this world, you can experience something known as demonic influence.   This occurs when a demon, usually at the behest of Satan, attacks a person.  The demon seeks to control the will of the person, direct their path toward evil, or mitigate whatever good they may do.

Jesus faced numbers of people swayed by demonic influences.  Judas, who betrayed Jesus, is mentioned to have been swayed by the Devil to do his evil deed (John 13:2).  John 17 contains Jesus’ prayer that His disciples would be protected from the “evil one”.   In Luke 11:24-26, Jesus described the fate of a person who, though once healed of demons, was seduced into a lifestyle that welcomed demonic influence!  That person became even more infected by multiple demons!  The scripture for today from Mark 5:5 describes a man influenced by demonic possession.  The Gerasene demoniac had two prominent symptoms: “he was always crying out” and “he cut himself”.  Both symptoms describe a man who was not only suffering but self-destructive.  Whenever you encounter demonic influences, you will find these same symptoms, because demonic influences always cause 1) suffering to those involved, and 2) self-destructive behaviors to appear with their presence.

The Amityville Horror was a book published in 1977 that described the paranormal experiences of the Lutz family.  Numerous “demonic influences” are recorded in the book, such as the family feeling fearful, suffering blisters, and wanting to hurt others.  However, long before the Lutz family moved into their home, demonic influences had haunted the previous owners.  At that same address years before, Ronald Joseph DeFeo, Jr. murdered every single member of his family.  The police had determined that there was no clear motive for the murders. During court proceedings, several interesting pieces of information came to light.  DeFeo said he heard voices telling him to kill his family.  He felt his family plotted to kill him.  He also mentioned seeing unusual “beings” in his house often pictured then and since as black masses or unseen forces.

At his trial, DeFeo’s lawyer pleaded guilty by reason of insanity.  A psychologist described DeFeo as having anti-social personality disorder.  The trial revealed that DeFeo used street drugs such as LSD and Heroin.   Because trials and lawyers and psychologists and court officials don’t deal in the spiritual, secular people used terms such as psychotic, neurotic, schizophrenic, drug induced mania, and anti-social behavior to describe why DeFeo committed such a heinous crime.  However, a good number of spiritual people, even demonologists Ed and Lorraine Warren and leaders from the Roman Catholic Church, found ample evidence of demonic influences.

If you look at DeFeo’s actions and what the Lutz family experienced, you will see some common themes.  “Unseen forces” caused fear and paranoia among the people.  Self-destructive behaviors were also present.  Neurotic feelings were felt by all,  causing those involved to feel that others were plotting against them when they were not.  The Lutzes and Ronald DeFeo, Jr. all experienced unnatural occurrences. They all heard disembodied voices.   The Lutzes moved out of their home within weeks, wasting their time and money. Kathy Lutz smoked nervously for years and died of emphysema.  The couple were labeled as liars and opportunists, even though they passed lie detector tests by professionals with decades of experience. DeFeo served for years in prison, finally dying in 2021.

Because of demonic influences, the Lutzes and Ronald DeFeo, Jr. all suffered.  They also experienced feelings or periods of self-destruction, some lasting for years.  These demonic influences caused terrible pressures and abnormal suffering in each of these people.

The Gerasene demoniac witnessed by Jesus experienced the same types of suffering.  He was “always crying”.  He also was highly self-destructive.  He lived out among the tombs, not even finding adequate shelter.  He hurt himself terribly, even cutting himself with stones.  Demonic influences bring terrible suffering and pain upon those who experience them.

So many people today overlook or downplay demonic influences.  Secular humanists and many psychologists even deny their existence.   In the halls of places like Harvard and Yale, future pastors are taught by a majority of their professors that demonic influences are simply ancient colloquial beliefs.  The seminarians are taught that psychological and behavioral issues are to blame for most of life’s suffering.  The scholars maintain that chemical imbalances in the brains of people cause them to feel these self-destructive tendencies.  No mention is often made of demonic influences.  In speaking about Ed and Lorraine Warren as depicted in the movie series “Conjuring” , a writer in The Washington Post felt it necessary to mention the “blind faith” those who believe in demonic influences (6/02/2021 Going Out Guide).   The secular world believes there is no spiritual connection whatsoever to evil deeds.  They completely deny the Devil and demonic influences.  Jesus did not.

In response to the suffering of the Gerasene demoniac, Jesus’ heart was moved.  He healed the man and cast out his many demons (Mark 5:9-13).  Jesus knew that the man was never going to be able to live his life freely once the demonic influences took hold.  Only the intervention by God could have saved the man.

In all my years of ministry, I have found that demonic influences account for many self-destructive behaviors.  They are the hidden evil behind many poor choices.  They cause much suffering.   If you follow the secular world, you will ignore demonic influences to your own peril.  If you aren’t aware of Satan’s influence, how will you ever fight back in an appropriate manner?  If you deny demonic influences, you will never realize where their suffering is coming from or the power of God’s Holy Spirit to overcome them.
​
As this meditation ends, stop for a moment, and think.  Are there any areas of your life where you see or feel self-destructive behavior?   Is there any suffering that might be caused by demonic influence?   God has not left you alone to deal with these evil entities.  Jesus healed the Gerasene and cast out the demons involved.  God still has the power to deal with demons.  Jesus continues His ministry of fighting demonic influences.  Look to God’s Spirit to reveal demonic forces nearby.  Look to Jesus for your spiritual strength.   May this spiritual battle be won all around you!​