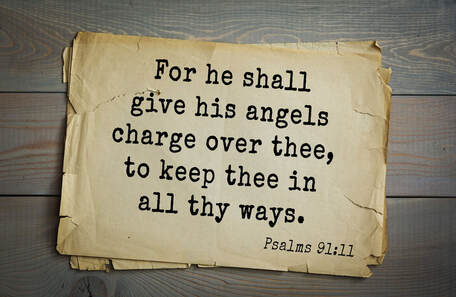 
“While very ill, John Knox, the founder of the Presbyterian Church in Scotland, called to his wife and said, “Read me that Scripture where I first cast my anchor.” After he listened to the beautiful prayer of Jesus recorded in John 17, he seemed to forget his weakness. He began to pray, interceding earnestly for his fellowmen. He prayed for the ungodly who had thus far rejected the gospel. He pleaded in behalf of people who had been recently converted. And he requested protection for the Lord’s servants, many of whom were facing persecution. As Knox prayed, his spirit went home to be with the Lord. The man of whom Queen Mary had said, “I fear his prayers more than I do the armies of my enemies,” ministered through prayer until the moment of his death.”  (“Our Daily Bread”, April 11, 2002)

John Knox wanted protection for the faithful followers in Scotland.  Persecution of those who went against certain religious norms was growing.   He had to pray.  He wanted God to watch over the people, especially those who were recently converted and those who were vulnerable because they had no faith.   Based on this true story from “Our Daily Bread”, Knox sought the protection of God for those in Scotland even with his dying breath.  To Knox, God’s protection was that important.

We often fail to realize how God protects us and watches over us.  We fail to acknowledge the amazing power of God that daily guards our ways.    Why?  We should not.   Sometimes, though, it helps to be reminded that God is our protector.   While speaking with Abram in Genesis 15, Abram was informed not to fear that moment in his life because God was “his shield” (Genesis 15:1).  In dangerous times, the prophet Isaiah was reminded that he need not be afraid because God would support him with a “victorious right hand” (Isaiah 41:10).  In Ephesians, the Apostle Paul taught about the spiritual armor God gives the faithful with which they can battle against evil in the world (Ephesians 6).  Paul even mentions that with this armor, the faithful can battle Satan himself.  With these and many other passages, it is clear that God not only wants to protect us, God wants to watch over the many moments of our lives.  God does not leave us defenseless against evils or dangers or threats.

While getting ready for worship one Sunday morning, a young woman in her thirties approached me.  She had a smile on her face.  There was a lightness to her steps.   She said to me, “I had a God-experience this week!”  Excited about her giddiness at the event, I asked her to elaborate.  She went on to say that her car had broken down on a deserted section of road.   The temperature was over 90 degrees.  She was worried.  Instead of jumping up and investigating why the car had just stopped running and coasted to a stop, she first decided to say a prayer.  She opened the window of the car door next to her, closed her eyes, and prayed to God for help.  Then, she got up and opened the hood to see what was wrong.

Five minutes later, a big guy on a motorcycle drove up.  The woman said to God quietly, “Couldn’t you have sent me someone a little less scary!”   When the motorcycle stopped, the man looked at the car and diagnosed that something was wrong in the electrical system.  There was no spark at the spark plugs.  The man said off-hand, “I think it’s the ECU, Electronic Control Unit, on this old car.  However, we are miles from a parts place.  I’ll have to drive you to somewhere where you can get cell service.”   At that very moment, a light bulb went off in the woman’s brain.  Her husband had told her that there was a problem with these cars and their ECU’s.   He had bought and stored 2 in the trunk just in case one overheated, which they were prone to do.  The woman walked to her trunk and opened it, revealing an ECU in the original parts case.  She handed it to the man and said, “You mean one of these?”  The biker was dumbfounded.  The biker and the woman used some tools from her trunk to change out the old ECU and the car started right up.  Just before she left the biker with his jaw agape at what had happened, she said to him, “Thanks for being my angel and helping me today!”   He couldn’t think of a word in response.   As she drove away, he just stared at the back of her car.
​
There are millions of large and small ways that God will watch over your comings and goings today.  As it says in our scripture, God “goes before me and follows me.” (Psalm 139:5).  God’s hand of blessing (the original Hebrew hints at God’s protection) is upon you.   Don’t fear God won’t be present in your life.  Count on it!   No matter what happens, God will be watching over what you do, what you need, where you are, and how you react.   Our God loves to be your protector, your shield, your spiritual armor.   All you need to do is rely on Him from moment to moment and you’ll be in good hands.  Heavenly hands!