“For Herod had sent soldiers to arrest and imprison John as a favor to Herodias. She had been his brother Philip’s wife, but Herod had married her. John had been telling Herod, “It is against God’s law for you to marry your brother’s wife.” So Herodias bore a grudge against John and wanted to kill him…”
​(Mark 6:17–19, NLT) 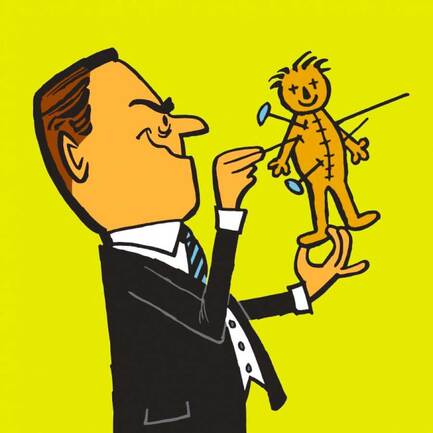 "Police say a 30-year grudge boiled over when a former elementary school teacher littered the driveways of former co-workers and bosses with roofing nails and splattered paint on their garage doors. Thomas R. Haberbush, 72, pleaded guilty last Tuesday to one count each of stalking, criminal mischief and criminal tampering, all misdemeanors. Police said that three former school board members, a retired principal and a retired assistant principal at Caroline Street Elementary School were among the nine victims Haberbush targeted over the past two years. Their car tires were damaged by roofing nails that Haberbush threw in the driveways, police said. "It's very bizarre to carry around a grudge for nearly 30 years," said Saratoga Springs police investigator John Catone. "At least now there can be closure for all those people he terrorized." Police said Haberbush had been angered after receiving poor work reviews.”  (Fox News, 4/11/05)

You might look at the story of Thomas Haberbush and think it is an unusual occurrence, an aberration, an irregularity in personal behavior.  I am here to tell you today that holding a grudge, even for 30 years, is nothing new.  It is not surprising nor a rarity.  There are people in the pews and on your street, who hold grudges.  Some hold them for decades.  Some go to the grave with these resentments forever lodged in their heart.  Today, I want you to examine yourself.  Do you have the mindset that might produce a grudge under the right circumstances?  Are you prone to harbor bitterness for far too long?

One result of a grudge is given in the scripture chosen for today from the gospel of Mark.  It contains the story of the murder of John the Baptist.  John angered Herodias by preaching that her marriage to Herod went against God’s law (Mark 6:18).  Not only did Herodias resent John’s words sent by God, but she began to hold a grudge against John.  Her grudge was so deep and full of malice that she “wanted to kill him” (Mark 6:19).  In the end, she manipulated her husband and got her wish.  She was directly responsible for the death of John the Baptist.

In preparing for today’s meditation, I looked up the original Greek word for “grudge” that is used in verse 19 of today’s scripture.  It defines a grudge as “being resentful or bitter against someone”.  It comes from the Greek root which means to “hold fast to something, not letting it go”.  A grudge is not just resentment.  It is resentment that lasts a long time and won’t go away.  It is bitterness that grows and grows to envelop one’s mind and heart.  Like a virus that takes over a body, a grudge will consume your thoughts and destroy your ability to remain objective.  It will cause you to overreact.  In some cases, it can result in “criminal mischief”.  In the scripture for today it bloomed into murder.

Jesus asked God the Father to “forgive us our sins as we forgive those who sin against us” (Luke 11:4).  Immediately after these words, Jesus added, “And lead us not into temptation..”.  I think there is a connection between these two verses.  When you can’t forgive and it leads to resentment and grudges, you will be tempted to take your vengeance too far.  You will be tempted to fixate on how to get even instead of seeking a righteous alternative.   The ensuing grudge will build until it eats away at your soul and spirit and peace.

To follow Jesus, you need to forgive those who sin against you.  You need to let your need for vengeance go to God before your blood boils into a full-blown grudge.  Once a grudge is borne in your heart and soul, its effect will be to slowly but inevitably wreck your relationships with others and with God.  In the end, it will often destroy a part of you.

You might think a grudge only affects the person who wronged you.  However,  a grudge will hurt you more than any other.   In a Psychology Today article, Nancy Collier wrote that “we turn our grudge into an object and hold it out at arm’s length—proof of what we have suffered, a badge of honor, a way to remind others and ourselves of our pain and deserving-ness. But in fact, our grudge is disconnected from our own heart; while born out of our pain, it becomes a construction of the mind, a story of what happened to us. Our grudge morphs into a boulder that blocks the light of kindness from reaching our heart, and thus is an obstacle to true healing. Sadly, in its effort to garner us empathy, our grudge ends up depriving us of the very empathy that we need to release it.”  (https://www.psychologytoday.com/us/blog/inviting-monkey-tea/201503/why-we-hold-grudges-and-how-let-them-go)

I’ve seen wonderful, beautiful, lifelong Christians who are saddled with grudges.  They think they are faithful, despite the grudges.  What they do not realize is that a begrudging heart begets a sinful attitude.  Learn to keep grudges far from your heart and mind and soul.  Seek God’s help to relieve your soul of such a burden.  Trust that your spiritual life will be choked to death by the feeding and nurture of any grudge.

When a grudge is let go by a faithful person, peace and wholeness will return to take its place.  If you want to be deeply burdened for a long time, hold a grudge.  If you want self-destruction, take on bitterness and resentments galore.  If you want a close relationship with God, the grudges have got to go.  It is best to live without them…
click here to See December Daily Meditations