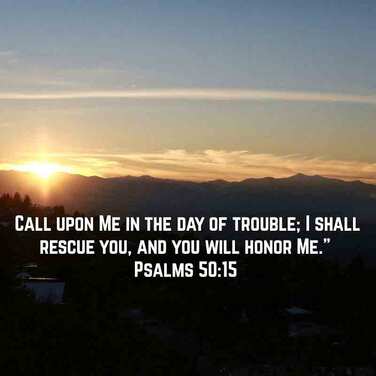 I stood at the altar with a man.  He committed adultery against his wife.  He cheated on her with a woman at work.   He came to me asking for help.  As we talked, he poured out his soul.  For several months, he had cheated on his wife.  Now, a year after he ended the affair, his soul was filled with regret and sorrow.  He could hardly sleep.  The guilt on his face was telling.   He wanted to know what to do.   He decided to tell his wife about the affair and beg forgiveness.  First, he decided to meet with me and ask how to do it.  After pondering the whole story, I told him, “Right now, we go to the altar, and you confess your sin before God and ask for forgiveness.  Then, in that prayer, ask God to direct your steps on what to do next.”   We stood at that altar together.  I helped him with words when he couldn’t speak or didn’t know what to say.  The man poured out his soul before God.  Then, later that day, he told his wife everything.

What might you be saved from?  The man who had an affair in the first paragraph of this meditation needed saving from sin and adultery, regret and sorrow.  You might need to be saved from your pride, from a sinful habit, from selfishness or addiction.  Oftentimes, I have found that when people sin, it is not just the sin that they need forgiveness to remedy.  There are often underlying spiritual problems involved such as arrogance, anger, insecurity, fear, self-centeredness, laziness, or jealousy.  What you may not realize is that committing a sin of adultery may be the end result, but it might be an insecurity about worth or fear of being unloved that is the real spiritual culprit that caused the sin of adultery to be committed.  So, when you call upon the Lord for help, realize that God may have to save you from way more than just one sin or much more than just one mistake in judgment.

A surprising revelation I had early in my ministry was that almost everyone believes they are spiritually “right” with God if they have not recently sinned.  This is ALMOST NEVER the case.   I’ve known people who had terrible insecurities for years before they became an alcoholic.  Those insecurities were the “behind the scenes” sins that culminated in the sickness of alcoholism years later.   The alcoholism was the end result of a long line of little sins based on fears, hurts, pain, regret, resentment, and envy.  People don’t realize that just dealing with a sin won’t help in the long run. You need to call upon the Lord to save you from those habits and emotions and hurts and pains and anger that teem beneath the surface on most days and may only erupt once in a long while.

Don’t you realize how much you need to regularly call upon the Lord if you want to be saved from a life of sin and regret and pain and sorrow?

Did you notice that the scripture begins by saying that EVERYONE who calls on the Lord will be saved?  EVERYONE.  Not just the churchgoers.  Not just the Christians.  Not just the righteous elite.  EVERYONE.  No matter what has come before in your life, you can believe in God enough to call upon the Lord to be saved in any situation.  That salvation may come in the form of forgiveness or grace, of peace or help or love.  You may not be saved from your cancer, but your soul may be saved from a future in hell.  You may not be saved from having to “fess up” to your hidden sin or wrongful act, but you will be saved from lifelong regret.   God will save you.  It may not always be the saving grace that protects you from public ridicule or the shame from a spouse you cheated on, but it will God’s love the responds even when nobody else will love you because of your shameful act.
​
Look deep into your thoughts and emotions and “issues” right now.  Is there something from which you need saving?  Is there something small that is growing harmful in your life?  Is there an insecurity or fear that is driving you to make bigger mistakes?  Are there regrets that eat away at your peace?  Do you have resentment toward someone that is causing you to be overly critical or simmering with discontentedness?  Call upon the Lord today.  HE is waiting.  You are in need.  You do believe God can help, don’t you?  If you don’t, the call won’t work now, will it?  You have to believe in the Lord for that call to go through…