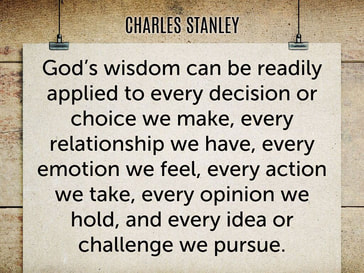 One morning, a father watched his son play in the garden.  The boy loved the outdoors, couldn’t wait to play outside, and was as carefree as a bird.  Many a time, the father would sit in his patio chair and watch his son play in the sandbox or run after a butterfly or fly like an airplane across the backyard.   The boy’s carefree attitude usually brought a smile to the father’s face.

That morning, as the father sipped his coffee and watched his son play in the backyard, he noticed movement near the boy.  The son saw the movement as well and sought to investigate.  As the son walked toward the movement in the tall grass at the edge of the yard, the father bolted from his patio chair to get there before his son.  The boy was just about to reach into the tall grass when the father yanked him back.  Looking down, the father saw what he had feared, a poisonous snake slithering through the grass. The father said to his son, “Are you alright?  That snake will hurt you.  Stay away from those snakes.  Don’t pick up any animal you don’t know about.  Some can hurt you.  You must stop and think before you do things, OK?”  The boy nodded his affirmation.   The father began to breathe again, fear still coursing through his veins.

The father’s warning to his son carries much wisdom.  That young boy needs to learn to stop and think before he does something.  Because he didn’t think about the snake and didn’t understand the situation, the boy could have died.  This same wisdom that the father applied to his son also applies to you, not only in everyday life but in your spiritual life.   When you are in a situation, especially an unfamiliar one, you need to stop and think.  It would be wise to consult your heavenly Father about what direction to take.   Don’t impulsively react.  Don’t overreact.  Don’t be foolish.  It is very wise to consider God’s wisdom especially when making important decisions in your life.

You would think that Christians would instinctively seek God’s wisdom often.  Since God knows everything and is thus omniscient, it would be wise for any Christian to seek God’s direction consistently.  On the contrary, many Christians seek God’s advice only after messing up, after becoming mired in a sinful habit, or when the consequences become apparent.  Seeking God’s direction after the fact might be too late!

Proverbs 3:6 contains wise words on this very topic.  This verse of the Bible dispenses the direction you should take when making your decisions in life.  This verse contends that you should “seek God’s will in ALL that you do”.  Why?  Because God will “show you which path to take.”   Don’t just look for God’s direction when you have big decisions or are mired in a big problem.   It might be that you got yourself in hot water for not considering what God wants you to do in the small decisions leading up to that big problem.  In small and big decisions, God will know which path you should take.  Your way may be unclear.  Your own thinking may be clouded by emotion or fear or regret.   God knows which direction is best for you.  You need to seek God’s wisdom to find out.

You might find God’s wisdom coming through as you study the Bible.  God’s direction might come to you during prayer.   In the midst of worship, inspiration might become apparent as God’s Holy Spirit speaks to your heart and mind.   God’s answers can come from many places.  The best course of action might become clear as you talk to a faithful friend.  No matter which method God communicates with you, the direction is what you need.  God is ready to provide that direction IF you only seek it.

Candice and Steve were engaged to be married.  They were in the process of setting up wedding plans.  They had already picked out their vows, chosen a caterer, gone through marriage counseling, and acquired a place for their reception.  Dozens of other small and big plans were already made.  Everything seemed to be going splendidly.  Then, just one week before the wedding a storm hit their area.  The building for their wedding reception was damaged.  Repairs would take weeks.  The owner of the building informed Candice and Steve that the building would not be ready for the wedding.  Candice cried all day at the news.   Steve tried his best to comfort her but knew they had no backup plans for a reception.  They considered cancelling the wedding.

With everything falling apart, Steve approached his pastor.  Steve informed the pastor of the situation.  Instead of giving up and just cancelling everything, Steve instead asked the pastor what to do.  The pastor gave some good wisdom, “Why don’t we ask God?”  The two prayed together for direction.  The prayer time helped Steve tremendously.  His stress did lift to some extent.  Still, he wondered what to do, how to cancel plans, where to go from there.  Despite all the decisions to be made, the pastor’s words kept coming to Steve’s mind, “Why don’t we ask God?”   This got him thinking.  Steve began to think of new options for their wedding.

A few hours later, Steve looked up to heaven and said, “God, I think you want me to do this wedding next week.  How can we do it?”  Steve’s mind was a blank, yet he went about his business.  That evening, while talking to his best man, Steve discovered that an event scheduled for the restaurant at the golf course nearby was cancelled.  On a hunch, Steve went to the restaurant and inquired if they could host the wedding at the restaurant with a reception outside on the adjoining golf course property. The owner was thrilled at the prospect, especially after the previous event had been cancelled.   Steve and Candice talked it over, prayed about it, and booked their wedding.  Within days, everything fell into place.  The wedding was beautiful, the day a success all around.

It wasn’t until Steve talked to his pastor that he remembered to ask God for direction.  Many Christians go through life without seeking enlightenment from God.  They make big and small decisions without stopping to think about the will of God. They forget to pray about their needs.  They do not talk to other people of faith about what is right.  They impulsively act out of emotion or fear.  Their reactions do not reflect their faith in God.   They too often relegate God to the worship hour or seek God’s voice only when they are out of options.   You would be wise to seek God’s counsel often!
​
Is there something special you need to “ask God” today?  Are there some decisions or directions that would benefit from God’s enlightenment?   Remember to seek God’s will in “ALL that you do”.    God knows the best path to your success and is right now ready to share that information with you.   Just take some time to stop and think and seek HIS wisdom.
click here to See september Daily Meditations