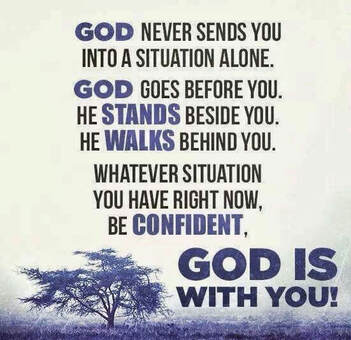 Charlie faced his first semester finals.  It was mid-December.  He was a college freshman who made it into college with the help of several scholarships.  In High School, he averaged an A-.  In most classes, he usually achieved superior grades.  But Charlie had a problem with failure.  He was afraid of making mistakes or messing up.  He was also very insecure, constantly worried about his grades, fearing that he wouldn’t fare well.  He stressed himself out entirely, overstudying for most tests.

On the third day of his first semester finals, Charlie looked pale and weak.  His hair was matted and sticking up in all directions. His clothes were wrinkled and smelled.  Charlie’s roommate spotted Charlie’s appearance and commented, “What is wrong with you?  You are doing great this semester.  You know you are doing well on your finals.”  Charlie replied quickly, “I’m just waiting for the other shoe to drop.  I know I’m gonna blow something.  It’s all been too easy so far.  It shouldn’t be this easy.  I think I must’ve forgotten to study something!”

Like Charlie, there are Christians who live with similar insecurities and fears.  They walk on eggshells, “waiting for the other shoe to drop”.   Even their down time is filled with anxiety.  When things are going well, they are even more fearful of something being forgotten or some unknown looming doom.   God never meant the righteous to live this way.

On September 11, 2001, as the terrorists struck America by crashing planes into the Pentagon and the World Trade Center, one of the people caught in the wrong place at the wrong time was a man named Carl.  Carl saw the plane hit the World Trade Center.  He was on a lower floor and felt the building shake at the moment of the crash.  At the time, he didn’t know what was happening.  He figured there had been an accident, not a terrorist attack.  While others in his building ran for the stairs, screaming and crying and in shock, Carl went up the steps to a higher floor to assist the wounded.   He helped dozens escape the Trade Center that day.

Later, Carl’s family members asked why he didn’t get out of the building as soon as possible.  His response was adamant, “I felt God calling me to get up there and help. I felt this calm come over me and knew I had to do something.”  Carl’s son was angry for a long time at his father for putting his life in danger for others.  Carl could have died that day!  But, for Carl, it was a time to calmly follow God’s leading.  His life was in God’s hand that day as it was every day.  He was not going to let God down.  He was not going to let the plane crash keep him from doing God’s will in that moment.

I have seen situations like Carl’s play out over and over among faithful people.  While others fall apart when things turn ugly, these faithful people shine.  Where some people might shake with fear or be overcome with insecurities, these people feel a calm demeanor.  They feel God’s hand guiding them.  They feel the presence of God’s Spirit giving them strength and guidance and purpose and peace.  It seems amazing that they can feel peace when everything around them is falling apart, but it is a common theme I have witnessed time and again.  The righteous are often given a special dose of God’s Spirit when the situation calls for it.  They are calm as a cucumber in the most stressful or dangerous of moments.
The scripture for today gives us some indication why the righteous Christian is strong at a time when others are falling apart.  They have “confidence” in the Lord.   They “trust” in God’s strength.  They know that God watches over them.  They are sure of their relationship with God.

If you find that your fears and insecurities are becoming overwhelming, it may be time to take stock in your relationship with God.  Don’t you trust in God’s strength?  Are you afraid God won’t come through for you?   Even death should not make you shake with fear.  For while those of this world do not know where they will end up, the righteous person KNOWS with certainty that Heaven awaits.

There are literally hundreds of scriptures that encourage the faithful to have strength in the Lord.  These scriptures, like today’s meditation, are a constant reminder that those who live by true faith in Jesus Christ need not fear for the future.  God will be there for you on every tomorrow.  You can trust in that fact.
​
So, have faith dear friend.  Even the hairs on your head are numbered and known by God (Matthew 10:30).  Your life has great value to our Savior (Luke 12:7).  Your future is secure.  Nothing can happen to you outside God’s will.  Nothing can separate the truly faithful from God’s love, God’s peace, God’s protection, God’s security (Romans 8:35-39).
​
click here to See september Daily Meditations