“It is an honor for a man to keep aloof from strife, but every fool will be quarreling.” (Proverbs 20:3, ESV) 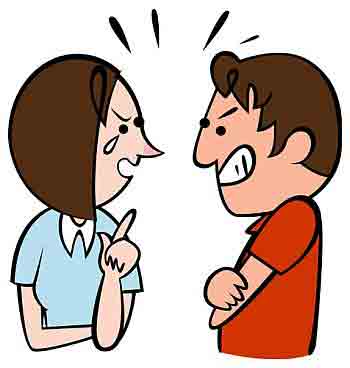 In our world, there are people who like to fight.  They like conflict.  They enjoy seeing people go at it.  Often, they get a thrill by watching others come to blows.   I recently watched a video of a man who overheard his neighbors arguing on the front lawn.  What did he do?  He gleefully set up a chair on his front porch so he could “watch the fireworks”!  Though the scripture for today urges honorable men to “keep aloof from strife”, these people relish at the chance to observe those who are ready to come to blows.

In the same way, there are people who love to quarrel.  Instead of enjoying watching fireworks, they enjoy making fireworks.  They love to disagree, to “play devil’s advocate”, to stir up trouble. Surprisingly, they don’t see quarreling as a sign of problems.  They see it as normal or even advantageous.  I’ve witnessed couples who lived to argue with each other.  Over dinner, one would bring up a touchy subject just to see the other squirm.  Then, when bored, one might push the other’s buttons just to “get a rise” out of the other.  When these couples aren’t quarreling about something, they might even presume something is wrong!

There are scriptures in the Bible teaching that disagreements are normal or even advantageous.  When two people disagree, the wise use of a disagreement may teach learning, compromise, or patience (see Luke 17:3 and Matthew 18:15, for example).  However, when someone moves past constructive disagreement to quarreling, the scriptures take a very different tack.   Nowhere in the Bible is quarreling seen as a good thing.  In fact, a good number of scriptures outright condemn it (2 Timothy 2:3, James 4:1).

In the 1700’s, when the early Moravian church was just getting established, Count Nicholaus Von Zinzendorf sent out missionaries.  One of his rules to those missionaries was, “don’t let a quarrel last more than a day”.  Zinzendorf knew that lingering quarrels became bitter hatred.  They often spurred rivals and impeded the growth of the gospel.   For Zinzendorf, quarrels were a sign of not only a poor missionary but a sick church.

I have known churches to become embroiled in quarrels that lasted for generations.  I have known members who quarreled with each other over trifles.  Christians who know their Bible should know better, but they can become worldly in their beliefs.  They can let quarreling become an art form, even quarreling while acting religious!

During the 1960’s a church went through a rough patch with one of its pastors.  The pastor cheated on his wife and the affair caused fights within the church.  People blamed the guilty parties.  They wanted the pastor to be sacked.  They even talked about kicking out whole families who knew of the affair but kept quiet about it.  After the pastor was forced out of the church, the congregation went through rough times.  The next four pastors all experienced deep-seated grudges between members.  If the pastor dared spend too much time with one family or another, the grudges gravitated toward the pastor or his family.  During that time, two pastors became seriously ill, and one pastor left the ministry.  Most people attributed the problems with the pastors to the stress of this congregation where quarreling had become commonplace.

If you find that any relationship moves from disagreements to quarreling, you need to see that relationship as seriously damaged in the eyes of God.  The quarreling should not continue.  According to the scripture for today, a wise man needs to keep “aloof from strife” and would be “a fool” to continue quarreling.  Don’t turn a blind eye when quarreling becomes the norm.  It is not healthy no matter what you have been taught, shown, or told.  In God’s eyes, quarreling is a kind of strife that is borne from a heart that is quick to take offense and a mind that is well-acquainted with anger.  If you continue in a relationship that becomes familiar with quarreling, you may find yourself becoming more cynical, more stressed, and looking for a fight.  Just as a virus can be caught in close proximity to one who is sick, quarreling can become a habit when in close proximity to one who is accustomed to its use.
​
If your marriage becomes too filled with quarreling, don’t view it as normal or even beneficial.  It is not.  Quarreling is a sign of illness in any relationship.  It is also a symptom of problems within one’s soul. Quarreling requires swift action.  Work through the issues causing quarreling.  If the quarreling is deep seated and refuses godly correction, more drastic measures must be taken before Satan gets involved and evil will be the inevitable result.