“Seek the Kingdom of God above all else, and live righteously, and He will give you everything you need.” (Matthew 6:33, NLT) 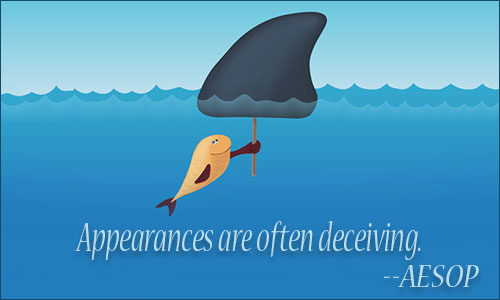 It is shocking to me how much emphasis church people place on “busy-ness”.  I have heard pastors brag about how many hours they serve the church.  I have seen ads where churches bluster about the number of programs they support.  A mission committee gloats about how much money they send overseas each quarter.  A man proudly proclaims, “I haven’t missed a Sunday service in four years!”  Sadly, all these people have made a huge mistake.  They have replaced godly work for the Kingdom of God with worldly measures of how active they have become.  Does God determine your place in heaven based on how many Sunday Worship services you attended?  Did all that mission money save any souls?  Was that overworked pastor who spends sixty hours every week doing God’s best work or just keeping busy? Busy-ness doesn’t equate to godliness or righteousness or goodness or faithfulness.  Got it?

Dr. Charles Swindoll once wrote:  “Busyness rapes relationships. It substitutes shallow frenzy for deep friendship. It feeds the ego but starves the inner man. It fills a calendar but fractures a family. It cultivates a program that plows under priorities. Many a church boasts about its active program: “Something for every night of the week for everybody.” What a shame! With good intentions the local assembly can create the very atmosphere it was designed to curb.” Why do people mistake busy-ness for holiness?

For centuries, it used to be that a man’s character was what defined him.  Once the Industrial Revolution came about, that seemed to change.  No longer was a man’s character most important.  What became most important was what a man “accomplished”.  Sadly, over the last century, a man’s accomplishments often became intertwined with the amount of one’s work or effort.  In essence, instead of one’s character being godly, one’s work had to be godly.  Instead of one’s soul being important, one’s actions became more important.  Soon, when someone wanted to determine your worth, they didn’t look at your character or soul.  They looked at the amount of money in your bank account, the size of your church building, the number of members in your pew,  the number of friends in your social media circle, or the number of likes or followers online.  One’s worth left the depths of the soul and became intricately aligned with one’s appearances.

The Bible has little good to say about appearances.  Jesus warned his disciples not to judge people based on appearances alone (John 7:24).  God explained to the prophet Samuel, “…the LORD sees not as man sees: man looks on the outward appearance, but the LORD looks on the heart” (1 Samuel 16:7, ESV).  Churches have become worldly.  They look at shallow appearances to determine worth.  God does not view people in such a manner.  Faithfulness, righteousness, truth, holiness, and justice matter to God.  Appearances and busyness and other worldly attributes count for little.

A few years ago, I spoke with a woman pastor.  For her worship service, she had changed the lines of an old hymn replacing every masculine pronoun with a gender neutral one.  She even took out the word, “Lord”, in the hymn.  I asked her why.  She pronounced that she did not want her congregation to think God was in any way a man.  I told her, “Jesus was a man”.  Her response was classic, “That’s a shame, isn’t it?” Then, she smiled.  She thought she was being funny, but her attitude was obvious.  Being a feminist; she didn’t like that Jesus was a man.    It bothered her.  To give the appearance to her congregation that she was a good feminist, she changed the appearance of the hymn by changing the words.  In doing so, she thought she was being so very faithful.  But how many souls did she save by changing the words of that hymn.  She changes every hymn in her church that way.  How many people were brought closer to God by her actions?  She might think she is very righteous for making the church “more accepting of women and people of other genders” (her words).  I am deeply concerned that she is more concerned with being politically correct than saving souls for Jesus.

This Bible Study meditation is not meant to claim that appearances mean nothing.  It is not to say that pastors and church leaders should not be hard at work.  I believe that today’s scripture is a reminder that outward appearances and busy-ness and activities and programs and seminars and classes are not our main goal.  Our place in this world is to seek the Kingdom of God above all else and to make it present.  The Kingdom of God doesn’t place a great emphasis upon busy-ness and appearances.  One’s righteous character and service to God are of much greater importance.  We desire “God’s Kingdom to come”.  To do that, we need to share the gospel more than eat donuts.  We need to reach out rather than sit around and congratulate ourselves.  We need to do true missionary work, not be proud of missionary budget amounts.   We need to pray for the salvation of others, not act the pious Christian.
​
How much of your time do you devote to BEING faithful rather than looking faithful?