“If they were wise, they would understand this; they would discern what the end would be.”
​(Deuteronomy 32:29, NRSV) 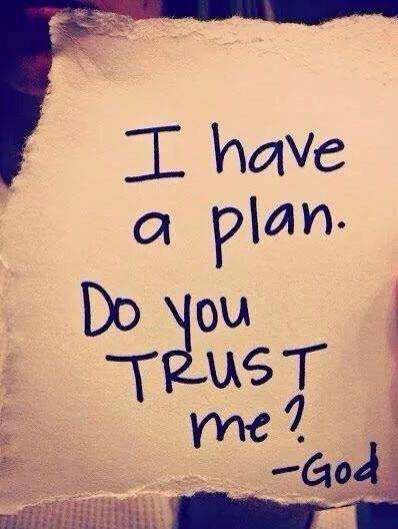 There is a saying among many young people today.  It is common to see it written on a bulletin board on a college campus.  Some young people have shortened it to LFTM, “Live for the Moment”.  This saying invites you to let go of all history and stop looking ahead to the future.  Instead, you should just live for today.  This saying is a call for people to let go of responsibilities and do what they want in the present, making the most of one’s time each day.  There is one problem with this saying. If you do not take time to look back and look ahead, you may find yourself in a place both unwanted and unfruitful.  Living for the moment or living for the day lacks foresight.  Without foresight, one is apt to make big mistakes.  Sometimes, it is necessary to plan ahead with serious conviction and dedication.

A young photographer wanted desperately to take pictures of the wilds of Alaska.  He saw the Alaskan wilderness as a place with rare and unequaled beauty.  “His adventure began in the spring of 1981, when he was flown into the desolate north country to photograph the natural beauty and mysteries of the tundra. He had photo equipment, 500 rolls of film, several firearms, and 1400 pounds of provisions. As the months passed, the entries in his diary, which at first detailed his wonder and fascination with the wildlife around him, turned into a pathetic record of a nightmare. In August he wrote, “I think I should have used more foresight about arranging my departure. I’ll soon find out.” He waited and waited, but no one came to his rescue.
In November he died in a nameless valley, by a nameless lake, 225 miles northeast of Fairbanks. An investigation revealed that he had carefully mapped out his venture but had made no provision to be flown out of the area.” (Our Daily Bread, October 25, BIBLE.ORG).

This young photographer made tons of arrangements, bought many supplies, but had no plan for extraction from the wilderness.  He thought he could just hike back to civilization.  He prepared no contingency plan for emergency situations if he lost contact with civilization.  As the winter weather closed in, he was unable to extricate himself from the challenges of the environment.  He paid for this mistake with his life.

When you do not take the time to plan ahead, to make arrangements, or look at the possible outcomes of your situation, it can bite you in the end.  Foresight is crucial in preserving one’s life.  It is also critical for one’s spiritual life.  Spiritual growth takes planning.  It takes preparation.  You cannot grow in Christ without some amount of foresight or groundwork.   Salvation or forgiveness or repentance can be given to you without any preparation.  However, deep spiritual growth and a relationship with Christ involves purposeful foresight.  Even one’s prayer life should reflect that desire to look ahead.

While cutting the lawn one late-spring day, my neighbor hailed me.  He only did that when he wanted to talk.  Karl knew that I was a pastor.  Sometimes, he wanted to talk about spiritual things.  Sometimes, he just wanted to borrow one of my tools.  Gladly, I turned off the mower and walked over to the fence.  Karl surprised me with the topic of the conversation.  Without any pretense, he began to describe a recurring dream that had bothered him for some weeks.  In the dreams, he died and was looking back on his life.  I know that Karl wanted me to tell him that it was just his mind playing tricks on him.  He was shocked when I said, “Karl, maybe God’s trying to tell you to make things right in your life.”  At first, he shrugged this off.  It sounded too religious for his tastes.  He hadn’t belonged to a church since he was young.   This couldn’t be true, could it?

Rather than dismissing the dream, Karl began to attend worship.   He was baptized and attended every Sunday worship service for months.  His wife thought he was off his rocker for taking the dreams seriously.  However, she was shocked when he died two years later at the age of only fifty-three.  I’ve often thought about Karl’s return to worship and renewed relationship with God.  Karl didn’t care if people thought his actions irrational.  He had the foresight to place his life fully and completely in God’s hands before he died.   Through dedicated planning, prayer, worship, and other actions, Karl was making arrangements for the afterlife.  He wanted to be right with God.  He saw the dreams as God’s way of getting him ready for the next chapter in his life.

Deuteronomy 32 contains not only our scripture reading for today, it is full of God’s warnings and denunciations for the way that Israel was living during the last days of Moses.  Despite God’s rescue from Egypt and care in the wilderness, many Israelites dabbled in fertility cults and secretly worshipped other gods.  They broke holy laws.  They did not look ahead to the Day of Judgment.  They did not take into consideration that they were angering Almighty God.  Moses wrote down in Deuteronomy 32:29 God’s warning:  “if they were wise…. they would discern what their end would be.”  With these words, God was reminding the Israelites that their sinful lifestyles would come back to haunt them in the future.  Their end would not be a good one.

Have you ever thought about your exit from life?  What kind of spiritual arrangements have you made for the future?  Are there some things you have left undone that God wants completed?  Throughout His time on this earth, Jesus constantly talked with his disciples about the future.  He talked about His crucifixion and resurrection, though the disciples had a hard time comprehending it. He talked about Heaven and Hell, though some did not believe it.   Jesus wanted His disciples to be ready for what was to come.  Would Jesus want anything different from you?

You have today.  What can be done about your future today?   What does God need from you today?  What shouldn’t wait past today?  You never know when it may be too late…..