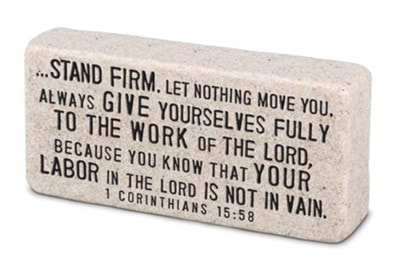 In the days of the judges of Israel, a man named Gideon was called by God to fight against the Midianites.  The Midianites had attacked Israel on multiple occasions.  Over a period of seven years, their skirmishes into Israel caused many to go hungry.  Often, these invaders would swoop in at the time of the harvest and steal entire crops, leaving the Israelites impoverished.  The time had come to stop their incursions, once and for all.  Gideon asked God to go with Israel into the fight.  But God had some expectations concerning the battle.  One of the conditions is given above.  Those who were “timid and afraid” were told to leave the area of the battle and just “go home” (Judges 7:3).  As Israel prepared for this battle against the Midianites, twelve thousand men left the battlefield because they were “timid (lacking courage) and afraid” of the military encounter only days away.

Usually, when a nation goes to battle, every possible man is brought into the fight.  It has always been a strategy of war.  Military leaders assume that battles are best won with overwhelming odds.  In the scripture above, God told Gideon to hone down the troops preparing for battle.  God wanted to take only the best men to the fight.  First, God removed twelve thousand men who were “timid or afraid” of the fight to come.  Later, God whittled down the fighters further to only three hundred men.   With these few troops, Gideon still won the battle.  It was proof that God’s power enabled Israel to defeat the Midianites.

I find it interesting that the first thing God asked Gideon to do in preparation for the war was to thin the troops to include only those who were not timid or afraid to fight.   Gideon sent these fearful troops back home.  They would not be used in the battle.  They weren’t needed.  Their skill did not count.  Fear and timidity counted against their presence in the battle.

In spiritual battles today, fear and timidity continue to be drawbacks to God’s holy people.  When God wants people to fight great spiritual battles, too many tremble with fear at the challenge.  They are paralyzed by the power of dark forces.  Evil has them shaking in their boots.   Yes, Satan is a powerful force in our world.  Yes, demons and evil spirits have powerful weapons in their arsenal.  However, your God is all-powerful.  No entity can defeat God.  Satan and his minions don’t stand a chance to overthrow God’s armies nor take over God’s Kingdom.   Though God in Christ is THE absolute power in the whole universe, believers still are paralyzed into inaction by fear and timidity.

A mentor of mine felt called to a church in Ohio.  That church was a mess.  It had fired two of its previous pastors and essentially “run them out of town”!   My mentor’s wife told him that he was crazy to want to go to this church.  She was worried that their children would be ostracized at the school, the family may lose thousands of dollars in the move, and the church would reject her husband.   Several of my mentor’s friends told him to stay away from that church, for it was called a “pastor-eater congregation”.  The church was known for wrecking the ministries and lives of church leaders.   Still, my mentor felt God calling him to go to Ohio and lead this church.

On his first Sunday preaching at the church in Ohio, my mentor told the congregation from the pulpit that he wanted as many as possible to attend the Bible Studies.  He was going to focus their attention on the gospel, spending ten weeks before Easter on what it means to be faithful.   During that time, he required every member of the congregation to pray for the church.  He constantly would ask the members if they were praying and held prayer meetings to encourage more prayer in the lives of the people.   At first, people balked at the pastor’s requirements, even making fun of his expectations to pray and come to Bible Study.  A few left the church in disgust.  But over time, things began to change.   After the ten weeks, many of the people came forward during worship for a laying on of hands, to be baptized, or to recommit themselves to Jesus.

Fear and timidity have always kept people from standing firm in their beliefs or standing up for God.   Don’t let that stop you!   When God needs you to face a great challenge or fight in a spiritual battle, have the courage and desire to side with God in the conflict.  Don’t back down from doing God’s will!   Don’t shy away from being God’s example.  Don’t let earthly desires distract you from God’s plan.   Satan is your enemy.  Spiritual battles will continue until Armageddon.   God is looking for faithful soldiers who are not afraid to face terrible odds.   Are you willing to fight with God at the front lines or would you rather just go home from the challenge?