“The person without the Spirit does not accept the things that come from the Spirit of God but considers them foolishness, and cannot understand them because they are discerned only through the Spirit.” (1 Corinthians 2:14, NIV) 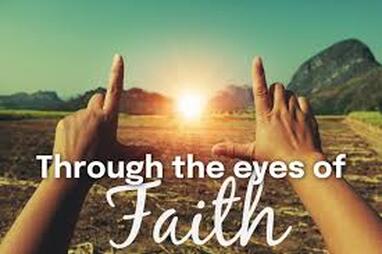 A friend of mine looked quite distressed.  His hair was knotted and unkempt.  His demeanor looked sour.   He spoke as if he was depressed.  I asked him what was wrong.  He replied, “I just don’t get it.  My daughter went off to college. Now, she rejects God and her faith.  She told me that I am deluded to believe in something as “naïve” as God.”   I looked at him with sorrow.  I understood his plight.  He really thought his daughter should be able to see the many manifestations of God’s grace and mercy and presence.  Instead, his daughter saw no “evidence” for God.  Psalm 19 states that: “The heavens proclaim the glory of God. The skies display his craftsmanship. Day after day they continue to speak; night after night they make him known.” (Psalm 19:1–2, NLT).  Yet, his daughter saw nothing of God when she looked up into the night sky or looked around her world.  She was blind to God’s presence.

You also may not be able to understand how someone cannot ever see God’s handiwork.  You may puzzle when a person says they have never witnessed anything miraculous or divine in origin.  Why?  Because you see evidence of God’s work all the time!  You see miracles all around!   True christians have a difficult time comprehending why unfaithful people don’t see miracles, signs of God’s presence, or evidence of God’s handiwork.  The answer is simple really.  Those who can’t see God lack faith.  They have never stepped out of their “rational” world using faith.  They have not given God the chance to fill them with the Holy Spirit so that they can see beyond their own limited senses.

Imagine if a person had only the ability to hear, smell, and touch.  They were without the sense of sight.  They were blind.  Wouldn’t it be impossible for them to see when a person in the room has a bloody gash?   Wouldn’t it be difficult for them to perceive the color change by mixing paints?  By being limited with the disability to see, they cannot perceive so much of what is going on right around them!  The same type of thing holds sway in spiritual matters.  If a person does not have the “gift” of spiritual sight, that person can’t see what God is doing.  That person may not even be able to perceive what miracles God has done.  They may not even be able to conceive such an idea!

A fifty-five-year-old former World War Two veteran had attended church his whole life.  Just after Thanksgiving, he went to see his doctor when he could not get rid of a nagging cough.  Being a smoker for decades, he figured that he had bronchitis or pneumonia.  After reviewing x-rays and an MRI, it was confirmed that the man had lung cancer.  Surgery was set for December 22nd.

On December 22nd, I prayed with that man before surgery.  Then, I waited with his wife and son in the hospital waiting area.   Only fifteen minutes had passed during surgery when the doctor came out of the operating area into the waiting room.  I thought to myself, “This can’t be good.  Is the cancer too far gone?”  Just then, the doctor said, “I’m rather surprised, shocked even.   We went in to excise the cancerous tumor, but it wasn’t there!  It had disappeared.  All I can say is that it’s a miracle for sure!”

The next day, I visited with the veteran to talk about his “miracle”.  Upon speaking for just a few minutes, I was shocked to learn that he planned to sue the doctor for malpractice.   The man said, “The doctor got me all worked up that I had cancer and I didn’t.  He screwed up.  He should pay!”  I asked the man if he ever considered that it might be a miracle.  Why would he get mad at a doctor when God did a miraculous thing?  Just days ago, they were talking chemotherapy and radiation and so much more.  Now, the man was given a clean bill of health.  Where I saw a miracle, this man spied only a medical mistake.  How could he not see this as a miracle of epic proportions?!!!  The doctor had an x-ray and MRI of the tumor!  Now, only healthy tissue was there at that site.   Couldn’t this man even comprehend of divine intervention?

No, he could not.

Despite attending worship for decades, this veteran knew God in only a cursory way.  He did not have the eyes of faith.  He had practiced religion but never had a real relationship with the Divine One.  He only saw the facts of his case from rational “human” eyes.  This appeared to him as a doctor’s screw up.  Spiritual eyes would have given him a very different sight.   He was the recipient of a miracle of epic proportions.   The man wouldn’t even allow me to say the word “miracle” when speaking of his situation!  Yes, I’m serious!

God does miracles all the time.  Some people see them, some do not.  That’s a fact of life. The apostle Paul wrote about this fact to the Corinthian church, acknowledging that “a person without the Spirit does not accept the things that come from the Spirit of God but considers them foolishness…”.   Without true faith and the ability to “see” God’s handiwork, the person who lacks God’s Spirit is blind to things that are “discerned only through the gift of the Spirit” (1 Corinthians 2:14).

People who lack faith do not have the ability to see miracles and gifts of the Spirit, nor the actions of God.  They lack the ability to see and perceive them.  However, if they just exhibit the courage to step out in faith, they will be able to see so much more of life.  Still, it takes faith.  Many people are not willing to step out in faith.  Thus, they are blind to so many things.

Because those who lack “spiritual sight” will miss so much in life, do not be surprised if those who lack faith do not see God’s actions.  Also, if you go through a period where you lack faith, you may also be blind to God’s handiwork.  Faith and the Holy Spirit are absolutely necessary for spiritual “sight”.  Lacking one or the other will blind you to all the miracles happening around you at that very moment.
​
Make sure you take the time to feed your spiritual life.  If you do not, you may miss some of the most important revelations of God’s action around you.   Ask God to fill you with His Holy Spirit so that you can perceive the many wondrous actions of God nearby.    Nurture your faith.  Increase your knowledge of God.  Others may be blind to God’s action.   You need to help them to see what they are missing!

(Make sure you watch the Uplifting Video for the Day!)
click here to See december Daily Meditations